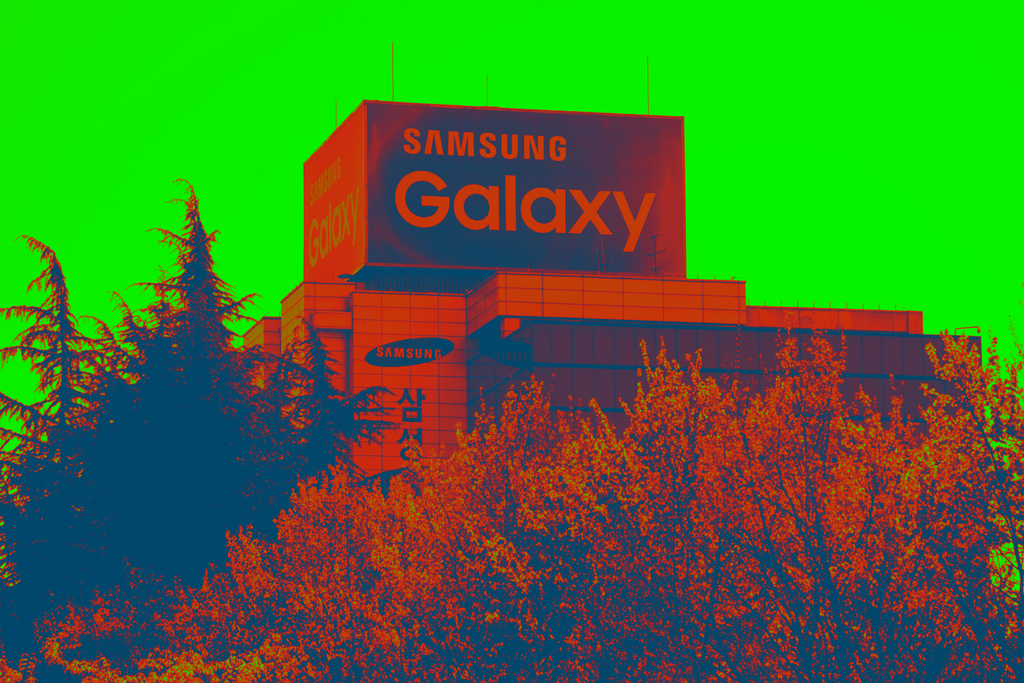 Samsung’s better-than-expected profit revives hopes that a surge in internet usage from people sheltering in place during the COVID-19 pandemic will help make up for a drop-off in demand for smartphones and other consumer electronics.

Shares in South Korea’s largest company climbed more than 3 percent after it posted operating profit of 6.4 trillion won ($5.2 billion) in the March quarter, surpassing the average analyst estimate by 3.6 percent. Sales rose 5 percent to 55 trillion won, according to preliminary results released Tuesday. The company didn’t provide net income or break out divisional performance, which it will do later this month when it releases final numbers.

Samsung—one of the first major technology corporations to unveil March quarter results—demonstrates how the novel coronavirus outbreak is exerting an uneven impact on the global electronics sector in the short term. Soaring online activity from gaming to video streaming is driving sales of semiconductors—the lubricant for the internet and Samsung’s most profitable business—even as worsening employment prospects curtail spending on gadgets such as the company’s just-released flagship Galaxy S20.

The Asian giant’s solid performance underscores expectations for resilient chip demand since Micron Technology’s stronger-than-anticipated outlook. That lifted Asian chipmakers such as Taiwan Semiconductor Manufacturing Company and Nanya Technology. Much now hinges on whether governments can mitigate the fallout from potentially the worst global economic shock in at least a generation.

“Right now, we can only project a picture of the second quarter: soaring demand in server chips may offset slump in display, mobile and consumer electronics,” says Song Myung-sup, analyst at HI Investment & Securities in Seoul. “The problem is, if the COVID-19 pandemic continues further, we can’t guarantee that the uptrend in expansion of servers will be sustainable in the second half of this year.”

As the world’s largest maker of memory chips, phones, displays and appliances, Samsung is broadly exposed to the economic shocks of COVID-19. Despite Tuesday’s rally, the company’s shares remain down about a fifth since their January 2020 peak. The better-than-expected result unveiled Tuesday was helped by the South Korean won weakening about 5 percent against the dollar in the first quarter, lifting the value of income repatriated from overseas.

Should the pandemic persist into the second half—a worst-case scenario—the tech giant foresees missing its own 2020 revenue projections by a double-digit percentage, according to people familiar with internal discussions. It’s grappling with plant shutdowns and store closures this quarter alongside rivals and customers like Apple and Huawei. At the same time, memory chipmakers have experienced rising demand and prices for DRAM and flash memory used in data centers and by cloud service operators.

Samsung’s hardest-hit business was mobile because of disappointing demand for S20 devices released in early March. In the first quarter, the company shut its key Gumi plant several times after discovering coronavirus infection among employees, prompting the shift of some of the output to Vietnam. Lockdowns of major cities and store closures across North America have depressed overall business. Hana Financial Investment expects Samsung to report 62.2 million unit shipments of smartphones for the first quarter of 2020, compared with 71.5 million units a year earlier.