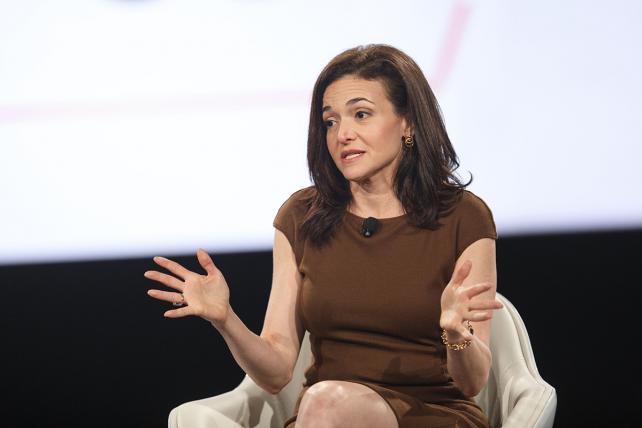 Sheryl Sandberg says she's personally offended by the anti-Semitic ads that were created on Facebook last week, and outlined new policies to prevent it from happening again, including more people-powered monitoring and the possibility of a reporting system for users.

"Hate has no place on Facebook—and as a Jew, as a mother, and as a human being, I know the damage that can come from hate," Sandberg said in a Facebook post that went up Wednesday afternoon. "The fact that hateful terms were even offered as options was totally inappropriate and a fail on our part."

Last week, Facebook was the subject of a ProPublica exposé that found ads could be targeted based on characteristics that included terms such as "Jew hater" and "how to burn Jews." The terms likely got into the ad targeting system by Facebook users who put them into their own profiles.

"This is not the first controversy over Facebook's ad categories," ProPublica wrote. "Last year, ProPublica was able to block an ad that we bought in Facebook's housing categories from being shown to African-Americans, Hispanics and Asian-Americans, raising the question of whether such ad targeting violated laws against discrimination in housing advertising."

"People wrote these deeply offensive terms into the education and employer write-in fields and because these terms were used so infrequently, we did not discover this until ProPublica brought it to our attention," Sandberg said in her post. "We never intended or anticipated this functionality being used this way—and that is on us. And we did not find it ourselves—and that is also on us."

She noted that the company would tweak the topics and categories open to targeting, and making policing the platform more human-centric.

Sandberg also outlined a reporting tool that could make it easier for people to show Facebook any offensive ads that slip through. "We are working to create a program to encourage people on Facebook to report potential abuses of our ads system to us directly," Sandberg said. "We have had success with such programs for our technical systems and we believe we can do something similar with ads."

The reports of racist ads come at a time when Facebook is facing increased scrutiny over its role in swaying the outcome of the 2016 election.