Is the Clock Ticking for the Traditional Watch? | Ad Age
Skip to main content
Sign In Register

Is the Clock Ticking for the Traditional Watch?

Sales of smartwatches and fitness trackers could outpace those of traditional watches by 2020, according to data from research firm Mintel. 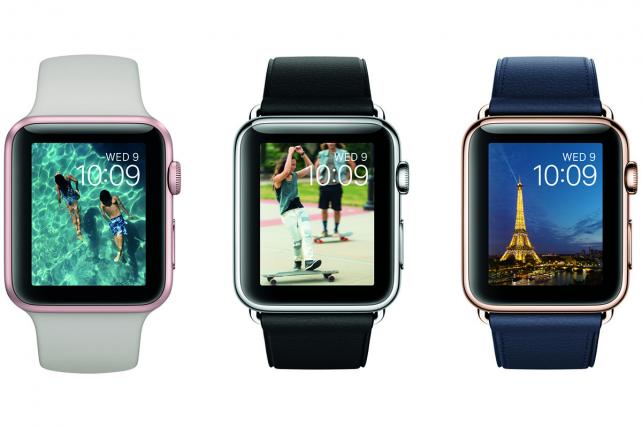 The company released a slew of statistics Tuesday, citing that sales of smartwatches and fitness trackers are ticking along nicely, and that one in every five U.S. consumers said they are "very interested" in purchasing a wearable device within the next year.

Currently, one in every 20 Americans, or about 6%, own a smartwatch or fitness tracker, Mintel said. Male watch enthusiasts represent the biggest area of opportunity for the industry, since 37% of men aged 18-to-34 who have purchased a traditional watch in the past 12 months said they would be "very interested" in also purchasing a smartwatch or fitness tracker within the next year, the study found.

"There is a very real possibility that smartwatch sales could cannibalize sales of other watches over the next five years," said Diana Smith, senior research analyst, retail and apparel, Mintel. "This scenario assumes that the current smartwatch buzz manifests into sales that can withstand momentum as more functional apps are created, more developers launch new products and prices come down. An ideal situation for the smartwatch sector would be one where smartwatches lift the entire category, while traditional watches – which comprise the majority of total watch sales – remain at least steady."

About 25% of watch buyers mainly wear a watch to make a fashion statement, including 32% of "older millennials," or consumers aged 29-to-38, the study said.

Still, not all industry experts would agree with Mintel's data.

About 9% of smartwatch or fitness tracker buyers said they bought one for a specific reason like for diving or running. Today, nearly one in five men, or about 16%, use a fitness tracker to compete with friends when exercising, the study said. That number rises to three in 10, or about 29%, for women.

"While more men than women purchase watches overall, opportunity for wearable tech purchases lies with women who view the devices as helpful tools that can aid in managing their health," Ms. Smith said.