Snap Seeks to Raise as Much as $3.2 Billion in IPO Even as User Growth Slows | Ad Age
Skip to main content

Snap Seeks to Raise as Much as $3.2 Billion in IPO Even as User Growth Slows 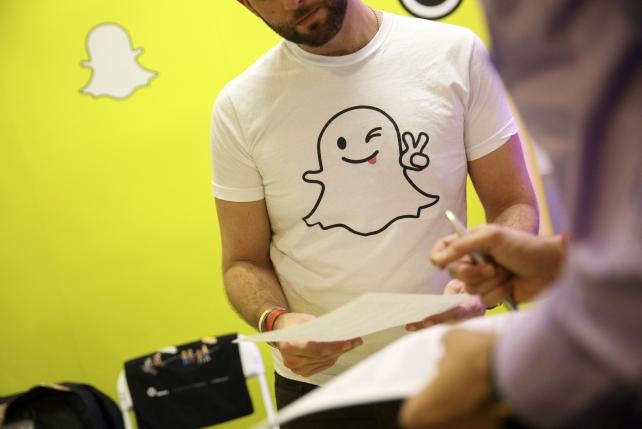 Snap Inc. is seeking to raise as much as $3.2 billion in its initial public offering in what could be the third-biggest technology listing of the past decade.

The maker of disappearing-photo application Snapchat is offering 200 million Class A shares for $14 to $16 apiece, according to a filing Thursday. At the high end of the range, that would give it a market value of about $18.5 billion, based on the total shares to be outstanding after the offering.

Of the technology and communications IPOs since 2007, Snap's offering is poised to trail only Alibaba Group Holding Ltd.'s $25 billion share sale and Facebook Inc.'s $16 billion raise. It's also set to be the first U.S. listing from that industry this year, according to Bloomberg data.

Next up for CEO Evan Spiegel and fellow executives will be the roadshow, where management travel to cities including Los Angeles, San Francisco and New York to pitch the stock to prospective investors. Snap's revenue climbed about sixfold last year to $404.5 million, compared with $58.7 million in 2015. Net losses widened to $514.6 million from $372.9 million in that period.

While management is sure to tout its revenue increases, Snap may face questions about its user growth, which slowed in the second half of 2016. By the fourth quarter, average daily active user growth fell below 50 percent in those three months for the first time since at least 2014, according to the deal prospectus.