Snapchat -- a company that's been reluctant to impose ads on its audience -- is now weighing whether it will force people to sit through three seconds of commercial breaks before offering a skip option on ads. 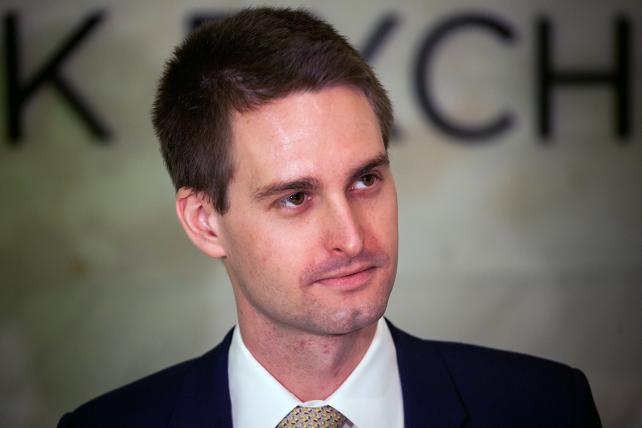 Advertisers and media partners familiar with the company's thinking say serious consideration is being given to such a plan, which would help solve a nagging flaw in Snapchat's business: its young users often skip commercial interruptions within less than a second. The delayed skip button would be similar to the experience on YouTube, where TrueView ads run for five seconds before allowing people to escape.

For Snapchat, this would be a bold experiment, since leaders under CEO Evan Spiegel have been hyper-sensitive about imposing ads on the audience. Snapchat's current video ads now are easily dismissed with a tap of the screen, but one top advertiser says that has led to average view times on ads that barely reach a second.

Snapchat's ad sales team is applying pressure on internal executives to approve the new format so the service can appease brands and attract more ad dollars, this advertiser says. A publishing partner also confirmed there have been talks with Snapchat about trying the three-second skippable ads.

"Advertisers are not spending as much as they have previously with Snapchat," says the top advertiser from a brand that works closely with the messaging service. "They have to do something that draws more interest from advertisers, and they are getting more aggressive to address the market's needs."

There are no publicly released stats on average view times for Snap ads, but advertisers have often expressed frustration with short ad runs on many digital properties. On Facebook, for instance, people are quick to scroll away from ads as they autoplay in their News Feeds, leading to average view times of less than two seconds for many brands.

"Snap's audience tends to be younger, which is great, but they're not very engaged," the advertiser says. "They need ads that can keep people's attention for longer periods of times."

The Media Rating Council has determined two seconds is the minimum time needed for a video ad to be considered "viewable," and if Snapchat can force more three-second views it would go a long way to addressing viewability concerns.

Snapchat ad execs could not be reached at press time, and it's unclear where the forced-view ads would be allowed to appear in the app. These style of ads might be better reserved for running inside videos from Snapchat's professional media partners rather than inside personal video messages from friends. It is also unclear when Snap would start testing the format or if it would ever be adopted widely.

Snapchat has a media section where publishers and TV networks, like Hearst, Time Inc., 21st Century Fox, Turner and others post shows and host channels. The partners split ad revenue on commercials that run inside the content, but the program has not been as lucrative as media companies had hoped, and longer view times on ads could help draw advertisers.

Snapchat's ad revenue growth has been underwhelming, impacted by slow audience growth and the devaluing of its ads. Ad prices have dropped since it started selling more ads through its automated ad platform, where prices are cheaper, rather than direct sales deals.

In the third quarter, Snapchat's ad revenue was $208 million, according to its quarterly report, but financial analysts expected more than $235 million.

Snapchat isn't the only mobile platform to reconsider long-held beliefs on intrusive ads, and bow to financial pressure. Facebook is starting to test pre-roll video ads in Watch shows after years of criticizing the format as too unfriendly to users, who don't like sitting through ads to reach their desired entertainment.

"Everyone talks a great game about how their platform is different, their users are different," says a social media exec at a digital ad agency. "But they will all compromise eventually. Bring on the pre-roll, bring on the skippable."