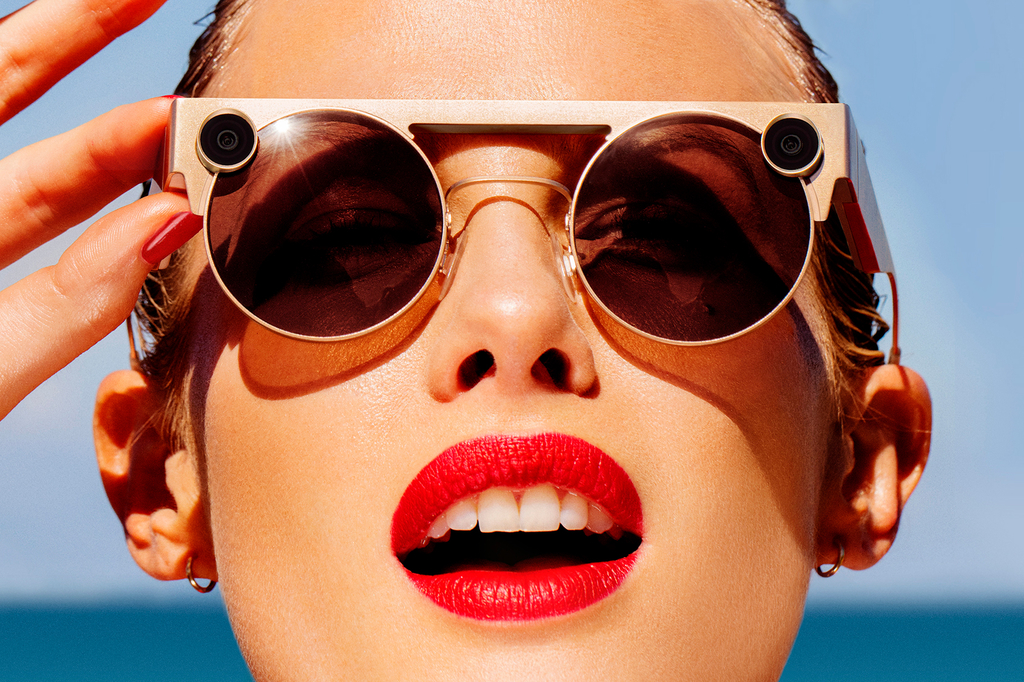 Snapchat’s niche camera glasses, known as Spectacles, have gotten their third major upgrade as the company looks to keep its fashion-forward hardware ambitions alive—despite focusing on a product with a seemingly limited audience.

On Tuesday, Snapchat unveiled the third-generation Spectacles, which are slightly less clunky with higher-definition cameras that make videos appear more 3D to the wearer. The glasses will go on sale in November, costing $380 a pair.

To promote the new gear, Spectacles posted a video on Instagram, which is becoming a popular place for Snapchat to market, despite being its main rival. ​​​​​​

Snapchat also is looking to hire a social media manager to help generate more interest in Spectacles. According to a job listing, Snapchat wants the most active users of its app to try the glasses and share their experiences. The social media manager will be a “primary point of contact for Specs creators,” the listing says. The new hire will also help “define and execute all Spectacles social initiatives in line with master brand strategy.”

Snapchat declined to comment for this story and would not disclose which ad agencies are handling marketing for the products.

Spectacles has not been a successful product line since its launch in 2016. The first version of the camera glasses cost just $130 but Snapchat has since had to write off $40 million in losses attributed to unsold pairs.

The high price tag is a sign that Snapchat still isn’t going after a mass market, but CEO Evan Spiegel likely sees an advantage in investing in the hardware and technology behind the glasses. Snapchat is the leader in augmented reality, almost single-handedly popularizing the technology that layers digital animation on videos and photos.

People access augmented-reality filters and tools through their cameras, and Snapchat, Facebook, Apple, Google and Amazon are just a few of the companies betting on the massive consumer applications.

Spectacles do not offer augmented reality directly in the glasses, but people can add the digital effects when they upload the videos to Snapchat. There are a number of startups and established players in tech that are working on full augmented-reality glasses, including Microsoft with HoloLens. Facebook CEO Mark Zuckerberg has publicly discussed the promise of augmented-reality glasses to deliver digital experiences, such as allowing users to see full-screen TV images projected onto any surface in front of them.

So far, however, most attempts at developing such products have turned out clunky and limited in utility.

In contrast, Snapchat has been trying to market Spectacles as a high-fashion, boutique accessory, looking to avoid the nerdy connotations that once helped doom Google Glass. It's doing all it can to keep the potentially geeky product cool.

In 2018, Snapchat launched the second-generation Spectacles timed to New York Fashion Week. Now, with the latest launch, Vogue magazine was given an early look at the product.

Introducing Spectacles 3. Capture your world, the way you see it — with two cameras in three dimensions. From the creators of Snapchat. Learn more at the link in our bio. #SnapchatSpectacles