'Consumers Are Angry': Understanding the Internet Backlash Over Snapchat 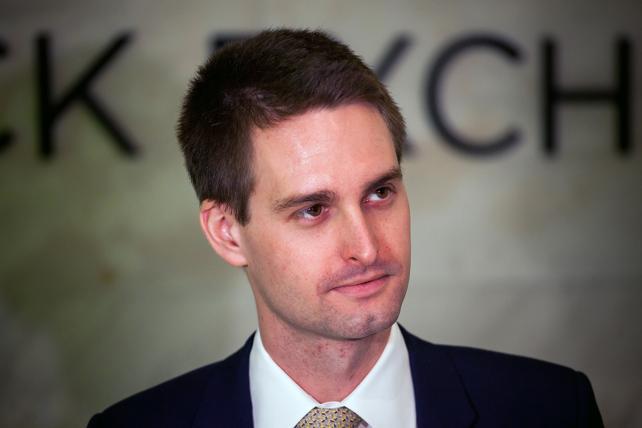 Snapchat has been caught in an internet outrage cycle since an ex-employee alleged in a lawsuit that CEO Evan Spiegel said the app was for "rich people" and that he didn't want to expand to "poor countries like India and Spain."

While it may be fun to lambast Snapchat for alleged comments about the app being for rich people -- and the internet certainly had a field day -- in a business sense Snapchat has been devoted to a strategy of growth focused on wealthier countries. As such, the company has yet to articulate a plan for developing economies including India, according to industry watchers.

It denied the lawsuit's allegation on Monday.

"This is ridiculous. Obviously Snapchat is for everyone," a Snapchat spokesman said in an e-mailed statement. "It's available worldwide to download for free. Those words were written by a disgruntled former employee. We are grateful for our Snapchat community in India and around the world."

Still, Snapchat as a business is starting with wealthier countries. "They want to focus on markets that have developed digital ecoystems," said Brian Wieser, a senior analyst at Pivotal Research Group.

Snapchat is not yet profitable and it already is spending $2 billion over the next five years to maintain its services, which are reliant on delivering a high-powered video experiences, according to its Wall Street filings.

Its top ad markets are the United States, China, Japan, United Kingdom and Germany, according to the filings. India wasn't mentioned.

Wieser said it will be interesting to see whether Snapchat ever offers a strategy to bring the developing world into the app, which would be essential for any company thinking 20 years down the road. "It may be that they feel their competitive position is weaker in a lot of these markets," Wieser said.

It would be hard to compete with Google and Facebook around the world on sheer volume. Facebook is approaching 2 billion active users, and its service is almost synonymous with the internet in places like Indonesia. Snapchat has about 160 million daily active users, and it has been setting a path to growth based on making more money off its already highly engaged users.

On Sunday, Snapchat received 1,631 "negative" reviews in the Apple App Store in the United States and 140 "positive" ones, according to app analytics firm Sensor Tower. The app had seen between 100 and 300 reviews on the days prior to the public outcry, and most of those were positive, Sensor Tower said.

The reaction offers yet another brand study in the fury of consumers empowered by social media and an inkling of a cause.

"There's someone new to villainize every day," said Kit Yarrow, a consumer psychologist. "Snapchat may or may not deserve it, but consumers are angry, anxious and looking for ways to vent a little bit of this rage."

Snapchat could be harmed based on these allegations that may or may not be true, Yarrow said.

"When the angst isn't accurate or a company isn't given the opportunity to repair it," Yarrow said, "it can do permanent damage, when in effect it is high school gossip."