Daily Meal Site Ramps Up Ad Sales; eKadia to Launch Next Year
READ THIS NEXT
3 mistakes holding you back from quality media investment outcomes

Former Forbes.com CEO Jim Spanfeller has raised $8 million to fund his eponymous online media company and his first site, The Daily Meal, has reached about 2 million monthly unique visitors less than a year after its launch, according to internal numbers (ComScore has the site at about half that size). So things could be worse.

But the company is just now starting to bring in some revenue and, yes, that fact comes as a bit of a surprise to Mr. Spanfeller. 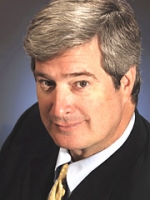 "I'd be lying if I said 'No,'" Mr. Spanfeller said in an interview last week. "It's certainly taken longer than I had hoped."

Mr. Spanfeller said the company really couldn't go to advertisers until it crossed the 1 million-unique level, and then it took some time to find the right mix of experience for the sales team. But now, The Daily Meal is bringing in about $100,000 in revenue a month, and Mr. Spanfeller only expects that figure to grow in the first quarter.

"I'm pretty jazzed about where we are, but I keep saying I'm not having fun just yet," Mr. Spanfeller said. "But I can now see when I'm going to start having some fun."

That would be sometime next year. On Friday, Spanfeller Media Group announced the creation of eKadia -- the working name for an "active lifestyle" website that will launch early next year. Content will focus on adventure sports and outdoor sports, as well as fitness and everything between. Like The Daily Meal, it will feature freelance contributors as well as a full-time editorial staff, this one helmed by John Rasmus, the founding editor of Men's Journal.

"This is a big, big opportunity," Mr. Spanfeller said of the new site. "There's a lot of endemic advertising and lots of consumer interest." Part of the business promise is that the sales team will be able to sell some advertisers -- say, auto or travel marketers -- across other verticals.

Looking ahead, the company launched The Daily Meal Shop earlier this month and will add to its e-commerce offerings in 2012, including some type of deals product. There will also be moves in the new year to enhance content at the Daily Meal, which now has 40 employees. Currently, search comprises about 10% of traffic, but Mr. Spanfeller thinks that number should grow considerably thanks to a robust recipe database and an increased focus on optimization. Search traffic has tripled in the last three months alone.

"We've got a long way to go in search, which is frustrating, but encouraging because we've already grown this much without a ton of it," he said.

Mr. Spanfeller also pointed to two other areas with room for improvement: wine coverage and restaurant listings. Expansion in the latter should be on display in the next month, when the company plugs into APIs to outside listings, including one that will pull in tips from Foursquare users.

All in all, Year 1 may not have gone exactly as planned. But venture capital provides the buffer to guarantee at least a Year 2.

"The plan for 2012 is to get The Daily Meal profitable, get scale with eKadia," Mr. Spanfeller said, "and by the end of the year, have a third vertical at least in Beta."