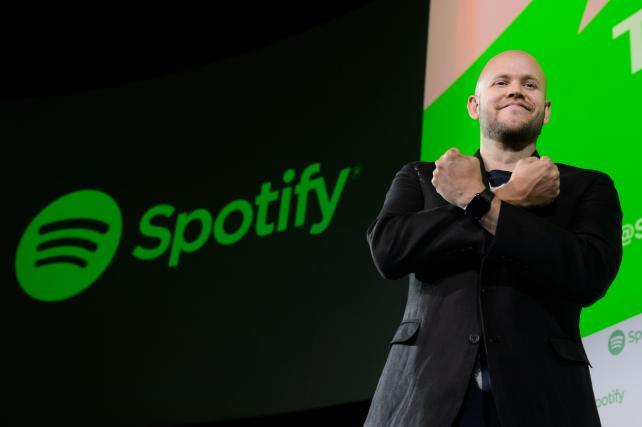 Spotify is planning to reboot its video strategy for at least the third time in as many years as the world's largest online music service searches for ways to make money that don't involve recorded music and costly royalties, people with knowledge of the matter said.

The company is canceling original video series on the service, as well as shows it hasn't released, said the people, who asked not to be identified discussing internal deliberations. Courtney Holt, the newly installed head of video and podcasts, is exploring the creation of a new format unique to Spotify, they said.

While Spotify is first and foremost a music service, the Swedish company has been looking for other ways to entertain users and generate advertising sales without incurring the same royalty and distribution costs —expenses that exceed 80 percent of revenue. More than half of Spotify's customers use the free, advertising-supported service, but ads account for just 10 percent of revenue.

The two largest online advertising companies, Facebook and Alphabet's Google, have made significant investments in online video over the past few years to lure dollars away from mainstream TV. Online video advertising sales will grow 28 percent this year, according to Magna.

Spotify has had little success in video thus far. Under Matt Baxter, the company licensed video from Walt Disney Co., Viacom and Vice Media. Under former Viacom executive Tom Calderone, who left in August, the company commissioned more than a dozen original video series with producers like Russell Simmons and Tim Robbins.

The shows suffered from a lack of promotion. Many consumers were never aware Spotify offered video and those who were struggled to locate shows within the app.

Media veteran
Holt, who has worked at record labels, major media companies and in online video, is taking Spotify in another direction. He is weighing the creation of a new format, code-named Spotlight, that combines audio, images and video, the people said. He would need support from the company's product development team to deliver such an experience, and it's still unclear how much of an investment Spotify is willing to make in video.

Broadening beyond music could brighten Spotify's prospects with investors as the company seeks to go public within the next year and boost its valuation, now at about $15 billion according to recent reports.

While Spotify has persuaded more people to pay for a music service than Apple and Google's YouTube combined, the company is still searching for a business model that that can deliver long-term profitability and satisfy the still-recovering music industry.

In May, Spotify reported its loss more than doubled to 539.2 million euros ($637 million) in 2016 as revenue grew to 2.93 billion euros. The big reason: The music industry collects most of the company's sales through royalties. Non-music entertainment, such as video and podcasts, would reduce that burden.

Spotify has experimented with funding original podcasts, and has advertised in a slew of popular podcasts to promote awareness of the service among avid listeners. While Spotify outpaces Apple in streaming music, the latter remains the market leader in podcasts.