Spotify's Loss More Than Doubles Even as User Growth Surges 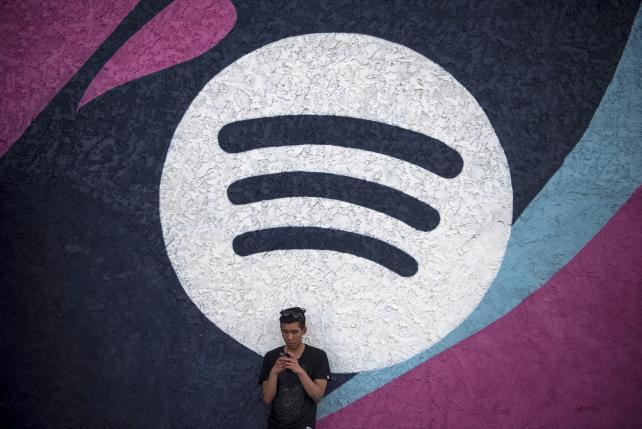 Spotify Ltd. lost 539 million euros ($601 million) last year -- its biggest loss yet -- even as it added tens of million of customers, underscoring how difficult it will be for the owner of world's largest paid streaming service to turn a profit.

Revenue jumped 52% to 2.93 billion euros in 2016, but the net loss more than doubled, according to documents filed in Luxembourg. Spotify also acknowledged an accounting error that understated losses in previous years.

Spotify has grown from 20 million subscribers to 50 million in less than two years, and now has more than 140 million people using the service between the free and paid options. The growth of Spotify has lifted sales across the entire music industry, reversing years of decline due to piracy and the transition from CDs to iTunes.

Yet Spotify has struggled to make a profit and has pursued more favorable deals with its biggest partners -- record labels and music publishers -- ahead of a public offering. Spotify plans to make its stock-market debut as soon as this year on the New York Stock Exchange and has hired Morgan Stanley, Goldman Sachs Group Inc. and Allen & Co. to advise on the process.

Spotify recently signed two new deals it says will help improve its future profit margins, licensing music from Universal Music Group, the world's largest record label, and Merlin Network Group, which represents a consortium of independent labels. Spotify will pay a smaller share of its revenue to those partners if it meets certain targets. In exchange, the labels got more flexibility in how their songs are distributed on Spotify, including the ability to withhold new music from free users.

As part of its deals, Spotify has committed to at least 2 billion euros in royalty payments over the next two years. Spotify is still negotiating new long-term deals with the other two major labels, Warner Music Group and Sony Music Entertainment, which will add to that sum. That puts more onus on Spotify to convert its free users into paid subscribers.

Though the majority of Spotify users listen for free, paying subscribers accounted for about 90% of the company's sales. Spotify made 295 million euros from advertising sales, a jump of 50% from a year ago.

Spotify attributed the 2016 loss to the cost of debt and the impact of foreign exchange movements. The company borrowed an additional $1 billion in March 2016. A private share sale in March gave Spotify a valuation of $13 billion, according to a person familiar with the deal, who asked not to be identified because the matter was private.

The company said it corrected errors on prior accounting statements to adjust for charges on credit cards, payment processing issues, understatements on royalties, and incorrect calculations for management bonuses. The new figures added 58.3 million euros to Spotify's 2015 net loss, on top of an original deficit of 173.1 million euros. In 2014, Spotify also suffered further losses of 25.9 million euros.