Kevin Crull was in that role for only seven months, but oversaw offers like the carrier's All-In plan, Direct 2 You, iPhone Forever and the 50% off campaign. He was named CMO in May, and is now being named president of Sprint's central region in the U.S., overseeing operations in states like Kansas, the Dakotas, Illinois, Missouri, Ohio and West Virginia. Prior to Sprint he was president-CEO of Bell Media, Canada's largest media and broadcasting company. 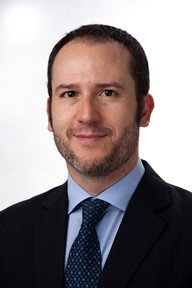 Mr. Solé is currently senior VP-advertising and acquisition, Hispanic market and innovation, as well as president of Puerto Rico. In that role he's been overseeing Pinsight Media, a Sprint division that specializes in mobile advertising, and the Sprint Accelerator, a mentorship-driven program for startups. He joined sprint in April from TIM Brazil, Telecom Italia Mobile, where he was CMO.

Whether Mr. Solé will shake up the company's marketing or agency relationships remains to be seen. Sprint last December confirmed it was working with Deutsch, though the shop had already been working with the company for some months. Figliulo & Partners had been handling the work ever since it took it over from Leo Burnett in November 2013.

Sprint has been facing increasing competition in the carrier category. This summer saw especially aggressive pitches from the likes of Verizon and T-Mobile, the latter of which was just named to Ad Age's Marketer A-List and has been closing in on Sprint in terms of subscriber numbers.

T-Mobile's CEO John Legere said early this year that it had surpassed Sprint to become the No. 3 carrier by subscribers, and that was confirmed in August after second-quarter results showed that T-Mobile had supplanted Sprint with 58.9 million subscribers, versus Sprint's 57.7 million in that quarter.

"Since Roger joined our team here at Sprint, he has been integrally involved in shaping many of our key acquisition initiatives that have helped drive the growing momentum we are now enjoying," said CEO Marcelo Claure in a statement. "Roger has increased our ability to serve Hispanic customers and has spurred innovation across the organization. He has exceptional abilities to connect with consumers, and I'm confident that he will ensure Sprint is recognized for the differentiated value we offer in the market."