A new startup accelerator dubbed Boomtown is launching in Boulder, Colorado in the hopes of identifying and supporting new internet, mobile and software firms that operate primarily in the media, marketing and ad tech industries.

Other co-founders are Toby Krout, Stephen Groth and Jose Vieitez. Mr. Krout has been involved in six previous tech and is co-founder of Atomic20, a Boulder-based marketing firm. Mr. Vieitez is an interface designer with experience at Google and other tech companies. Mr. Krout and Mr. Vieitez will serve as co-directors. Like Mr. Bogusky, Mr. Groth is also an agency veteran who founded Radiate Group, an experiential marketing agency, part of Omnicom Group. 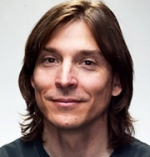 Despite trumpeting his departure from the agency world in 2010, Mr. Bogusky has reemerged in the ad business in a host of ways. He spent some time counseling his former CP&B colleagues at Made Movement, a shop that focuses on marketers who make their products in the U.S. He jumped into the GMO food fight, dropping $100,000 in support of a California ballot proposition that would require special labels for foods containing genetically engineered ingredients. And he's been behind a global campaign for Sodastream.

According to him, Boomtown is designed to be a way in for entrepreneurs that have ideas that will reinvent the media landscape -- and some of them may come from agencies.

"The ad world is fracturing, and people are either leaving because they want to get out or because they just got fired," Mr. Bogusky said, adding that he often has conversations with people who are looking to get out of advertising or marketing and do something entrepreneurial, but before he did not have the process to really help them. "A ton of them have great ideas, and they don't have a way into the next stage of marketing to help shape what the industry will look like."

Mr. Bogusky also noted that accelerators are beginning to specialize, and while Boomtown is open to many types of startups, Boulder has increasingly seen activity in the tech sector with accelerators like Techstars opening up shop there, along with Boulder's smaller but close-knit ad community, which he said was "The Madison Avenue of the West."

Adland has done a lot in recent years to foster startup culture. Holding companies like Interpublic, WPP and MDC Partners are investing more in startups. Interpublic invested in Kiip, a mobile startup that lets marketers offer real-life rewards to gamers and other app users for reaching certain in-app milestones. WPP has a stake in Buddy Media and MDC invested in funds managed by outside entities, including Thrive Capital, the investment firm that took stakes in Instagram and Fab.com. MDC also set aside funds for individual agencies to invest once they get corporate approval.

On the media side of the business, Bonnier Corp., which published Field & Stream and Popular Science, in 2012 launched Bonnier Innovation Labs, an accelerator for promising early-stage startups in the media space and accelerate their development.

"Boulder's reputation as a startup capital is already well known, and much of that success is due to a highly-networked community of capital, mentors and thought leaders who speed the growth process," said Mr. Krout in a statement. "We clearly have a unique opportunity to bring together marketing leaders and world-class technologists. But we won't limit ourselves, and ultimately we will select and support startups based on the market opportunity and the dynamics of the teams."