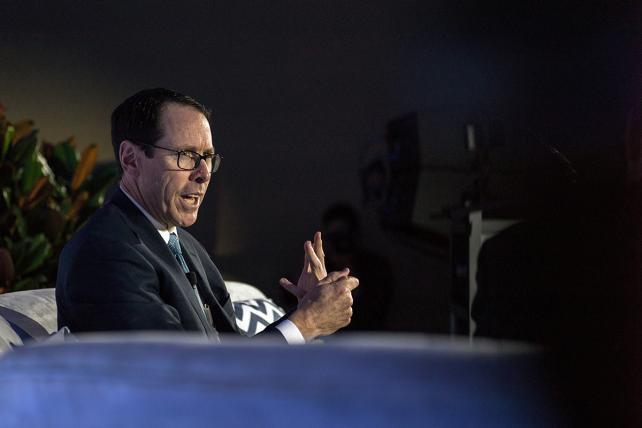 "This is another example of how there's a service that's been put in the market that has been incredibly popular," said CEO Randall Stephenson in his keynote speech at the UBS Global Media Conference in New York today. "There are decades of precedent on this type of pricing mechanism; there is absolutely nothing new here."

Last week, in a letter to AT&T, the FCC suggested the telecom giant was engaging in anticompetitive practices by offering unfair advantages to its streaming video content above those from other providers by allowing its customers to stream DirecTV content without counting it toward their data caps.

Mr. Stephenson said he is hopeful for a change of direction from a new administration.

"I do believe that under a Republican Commission, this is an issue that probably wouldn't get a whole lot of attention," he said.

AT&T's acquisition of streaming television provider DirecTV, approved last summer, is part of the company's plan to acquire long-form content, and the company's $85 billion merger deal with Time-Warner is a completion of the strategy, Mr. Stephenson said.

The company's CEO emphasized that its marriage with DirecTV could be a boon for advertisers beacuse of its opportunities to reach a growing customer base.

AT&T is banking on continuing interest among its customers in premium content streaming.