As 'Uncarrier,' T-Mobile Catches Up to Verizon In Consumer Perception | Ad Age
Skip to main content

As 'Uncarrier,' T-Mobile Catches Up to Verizon In Consumer Perception 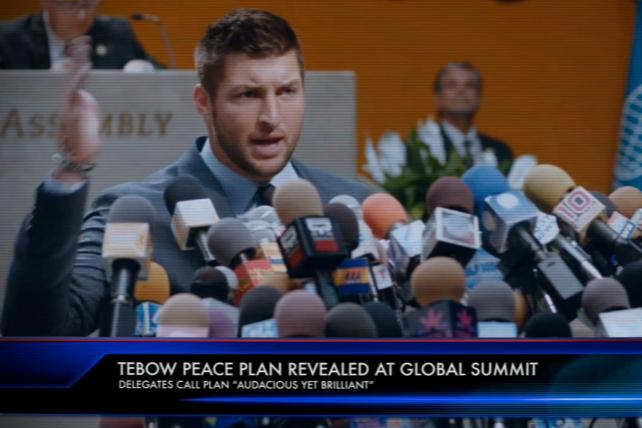 T-Mobile: No Contract, No Worries
Credit:

In the heated war to win wireless customers, T-Mobile's brash strategy looks like a winning one.

Last March, the fourth place U.S. wireless provider unvieled the its "Uncarrier" title, ditching contracts and unbundled phone plan costs. The company has stuck to its plan since, with a series of pricing changes and unrelenting attacks on its top competitors.

For wireless consumers, the "Uncarrier" is growing steadily synonymous with value. Over the past two months, T-Mobile has caught up with Verizon in consumer perception of value, according to a YouGov Brand Index survey of the four major U.S. telecommunication companies released Thursday. In a YouGov customer index survey from 2012 T-Mobile ranked at the bottom. 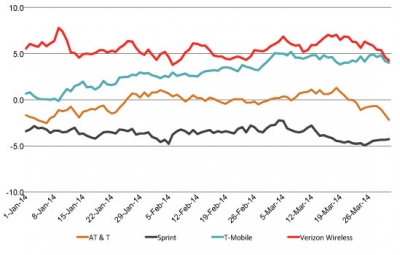 AT&T, which recently introduced its own slate of offerings to poach consumers from T-Mobile, slipped in the latest YouGov index.

YouGov tracks value scores on a range of 100 to -100, with a zero score marking the shift from positive to negative. In recent weeks, AT&T joined Sprint in the negative bin, while T-Mobile quickly escalated out of neutral territory.

For several months, T-Mobile aggressively targeted AT&T in its ad campaigns. This month, it veered toward Verizon, releasing ads aimed at the competitor's coverage maps -- and even drawing up a cease and desist letter. It has also undercut its rival's prices. After AT&T announced it would sell the upcoming Samsung Galaxy S5 phone for $200 on contract, T-Mobile promised it for no-money down.

One other good note for T-Mobile came from the YouGov survey, which asked respondents who were planning to leave their carrier in six months where they would go. On that question, T-Mobile surpassed Verizon to become the leader; around 16% of consumers ready to make the switch said they would join the "Uncarrier."

T-Mobile raked in 4.4 million customers in 2013, after bleeding them for years prior. But its aggressive ads haven't helmed step losses of $20 million.

And its unorthodox approach has its limits, however. Last Friday, the company announced it would be ending its employee rate plan discounts. Consumers immediately took to social media to voice disdain for the changes. By Wednesday, the company had reversed its decision.