Effort Taps Into DIY Element of the Holiday 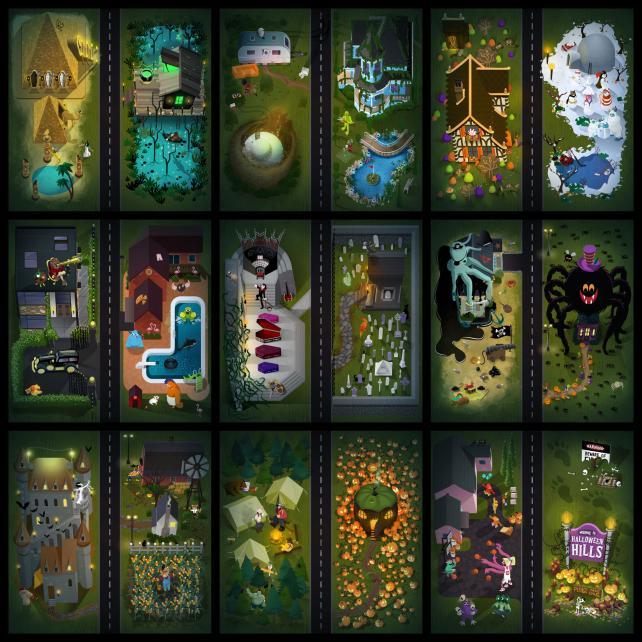 Target is bringing Halloween to Instagram with a virtual trick-or-treat experience that draws on the do-it-yourself spirit of the holiday. The push, which launched today, uses Instagram's picture-tagging feature and Target's original content to help consumers get ready for the holiday.

The retailer is transforming users' Instagram feeds into "Halloween Hills," a virtual neighborhood made up of taggable images that are displayed together. Each image has two homes – a trick and a treat – that take users to different profiles when they're tapped. The "treats" link to Halloween-themed recipes like spider brownies, while the "tricks" go to do-it-yourself projects like a spooky, night-light. 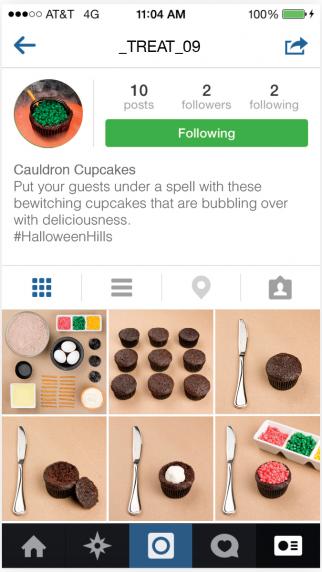 "D.I.Y is a theme that we've seen extend throughout the Halloween season," said Dustee Jenkins, VP-public relations and social media for Target, who said the retailer shares craft and recipe tutorials throughout the year. "We really wanted to think outside of the box for Halloween and come up with something that would surprise and excite our guests at the same time."

Nine of the fifteen images were posted on Target's Instagram account today. To keep the story going, the rest will be released in two waves later in the week.

"Visually, it will really create a story around what 'Halloween Hill' is all about," said Ms. Jenkins. The campaign will dominate the brand's feed until October 21.

Target enlisted the New York-based agency Carrot Creative to help build its collection of 15 taggable images, 30 tutorials and 300 photos for the campaign.

Instagram is a key platform for the brand and Target wanted a unique way to leverage features like picture tagging and Like2Buy -- a service by Curalate that allows users to shop directly from Instagram.

All the items from the do-it-yourself projects featured in the campaign can be found in Target stores. But sales take a backseat to brand awareness in this social push.

"This campaign is really built on the notion of driving engagement and fueling brand love," said Ms. Jenkins. "This was really about celebrating the Halloween experience."

There is one sales element -- a bonus feature in an image with Bullseye, Target's canine mascot. He links to a profile with pet costumes that users can order for their furry friends using Like2Buy.

"There is such a cult following for pet costumes for Halloween," said Ms. Jenkins. "Because Bullseye is Target's mascot and pet costumes are available at our stores, we thought it would be a fun little treat for those who are playing with the campaign."

The social campaign is an extension of "Fright Done Right," Target's in-store marketing push for Halloween, which emphasizes fun, fright and being economical.

"It's something that's fun and creative," said Ms. Jenkins. "When we looked for an extension in social, we wanted something that would echo and amplify that theme."

The push will also extend to Pinterest and Target's blog, called "A Bullseye View," which will feature some of the do-it-yourself tutorials.