Former TechCrunch Senior Editor Sarah Lacy is expected to close a round of funding in the next two weeks for a tech-news site that is being referred to as PandoDaily.com, according to multiple sources familiar with her plans.

Though the significance of the site's name is unclear (is it the Latin "Pando," which can mean to disclose or make known?), sources said that it's the moniker being used in investor circles. Another person familiar with Ms. Lacy's plans believes that PandoDaily.com will be the site's actual name at launch.

Ms. Lacy did not immediately respond to email requests for comment. 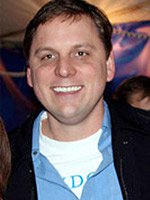 Michael Arrington
The funding round includes a personal investment from Netscape co-founder and Facebook board member Marc Andreessen, sources told Ad Age . TechCrunch founder Michael Arrington will also be investing, though it's not clear whether his will be an investment made personally; through his venture fund, CrunchFund; or both.

TechCrunch, which AOL acquired last fall, has dissolved into a soap opera over the past few months amid a flurry of resignations that have often played out publicly in blog posts on the site.

In her farewell post on TechCrunch, Ms. Lacy said: "Ultimately this decision wasn't about what went down with AOL and with Mike, it's about me moving onto something I'm really excited to do next. And something that I hope will carry on the spirit of what Mike and Heather built at TechCrunch."