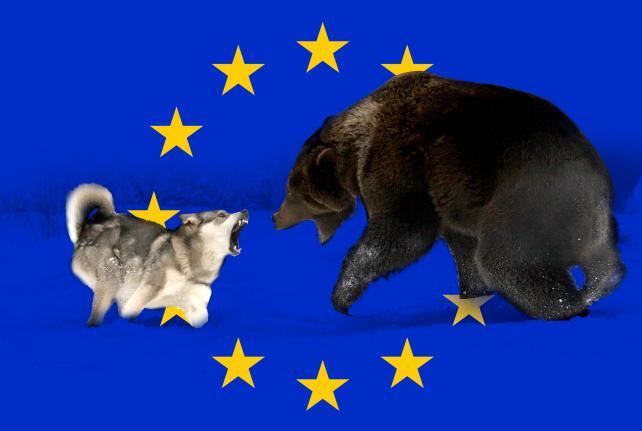 Four major trade bodies that represent some 4,000 publishers from around the globe have found themselves in a standoff with Google and its CEO Sundar Pichai.

The heart of the issue rests with how the tech company is approaching the European Union's Global Data Protection Regulation, which takes effect on Friday. Google says it's committed to complying with GDPR and that it's working with publishers to prepare for the new regime, which was designed to give people more control over how their data is used for targeted advertising.

But some publishing executives say Google's public statements don't match its actions, arguing that the company is really using its dominance in the digital ad ecosystem to improve its advantage while giving publishers the short end of the stick.

But the trade groups' leaders voted unanimously to snub the offer, according to several people familiar with the matter, demanding that Google or its CEO first answer several questions they laid out in an April 30 letter sharply criticizing the company's GDPR policy.

"This meeting is straight from the monopolist's playbook as Google attempts to force its terms on everyone else and avoid having to publicly state why it won't make any adjustments," says Jason Kint, CEO of Digital Content Next, whose members include Gannett, Hearst, Meredith, Tronc, Vox, 21st Century Fox, A&E Networks, NBC Universal, Turner and Viacom. "Why else hold a private, closed-door meeting on the last day before GDPR enforcement begins?"

Insiders at Google contest those claims, saying the company has held hundreds of meetings or webinars regarding GDPR policy updates.

"The GDPR is a big change for everyone," a Google spokeswoman said in a statement. "Over the last year, we've engaged with over 10,000 of our publishers, advertisers and agencies across nearly 60 countries through events, workshops and conversations around the changes we're making to be compliant with the GDPR. We will continue to open our doors to our publisher partners to engage in these discussions on GDPR compliance."

Google is also working with local news publishers and held a webinar last week that had hundreds of attendees. It's at events such as these that Google says it's attempting to address the publishing trade bodies' concerns.

That's all hogwash, according to Kint, who says he and his members are not even considering attending the meeting until Google answers the questions posed by the four trade bodies. Still, those familiar with Google's May 24 meeting say some major publications are attending, but Ad Age was unable to confirm which ones.

GDPR requirements are complex, and each country is likely to have different rules because the E.U. has left some 70 clauses open to interpretation. Those found in violation of GDPR face fines that amount to 4 percent of their revenue or $25 million, whichever is greater.

Even a U.S.-based publisher that sees 2 percent of online traffic from Latvia needs to be GDPR compliant. The same applies to vendors that collect data from any of the 28 countries that make up the E.U.

Google has developed a free consent solicitation tool that's optional for publishers to use. Many publishers have complained that the tool only provides room for publishers to list 12 ad-tech and data vendors. Many use three times or even 10 times as many today.

Kint says that means Google's tool will be influential. "Google sets the market," Kint says. "Yes, publishers possibly can use other tools, but ultimately the systems that best sync with Google will be preferred."