Patent trolls may only be costing agencies $10 million a year, but they're a constant menace that looms over digital deal-making, particularly in mobile applications.

Infringement suits brought by patent trolls -- or "nonpracticing entities," as they're more formally called -- are a nebulous threat, but a handful of entities have become notorious for suing over patents that cover seemingly pervasive technology. Take Helferich Patent Licensing, which has reportedly extracted $750,000 licensing fees from the likes of Apple and Disney to cover those companies' usage of URLs in text messages. (Others, including The New York Times, are headed to court instead of paying the fee.)

Helferich's attorney, Steven Lisa, said the company does not comment on pending litigation. 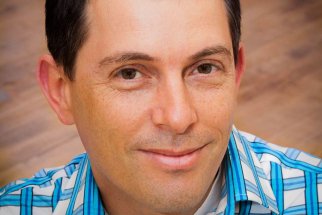 Hiring a law firm to do a "clearance search" to map out whether a digital project could pose infringement risks can cost $50,000, according to one digital-agency boss, and thus too much to make economic sense for a $300,000 or $400,000 contract. But agencies can easily lose work if they refuse to indemnify their clients (something clients are increasingly asking), so accepting some measure of risk is a necessity.

The potentially catastrophic outcome for an agency is ending up in court over an infringement claim. That happened to San Francisco-based digital shop Fluid about five years ago. A retail client was sued over a web application that enabled a manufacturer's representative to plug information from an end user's shopping cart into a database, and the agency was contractually required to indemnify the client.

Fluid ended up hiring a law firm and teaming up with five companies that had also been sued over the same patent, according to Fluid's chief operating officer, Tamir Scheinok. It could have been a "business-ending event" had it gone on for two months, he said. But the entity dropped the case after six weeks, incurring substantial but not fatal legal expenses.

"After spending $250,000, you'd think I would generally know what line we stepped on, but I can't really tell you," he said.

Agencies take the risks
Mr. Scheinok said that 80% of clients insist on being indemnified for patents, but Fluid won't sign a contract without "significant carve-outs" to reduce its legal exposure. The one that marketers most readily accept is that the agency won't indemnify if the client puts its work product to use in a way that infringes on patents, apart from that product's core technology. The harder-to-swallow exception that Mr. Scheinok said he occasionally wins is being off the hook for suits by nonpracticing entities altogether.

Other agencies report that indemnification for patent infringement can be a sticking point in contract negotiations, and sometimes a deal-breaker. Direct-to-consumer projects that are more likely to be noticed are the riskiest from a patent perspective. 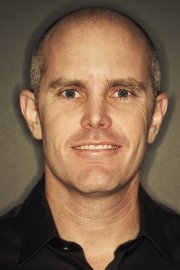 "We try to put in limits that [clients are] indemnified up to one to two times the value of the project, but procurement sometimes says no," said Digitaria's president, Doug Hecht. He observed that the agency recently turned down a digital-product-development job from a Fortune Top 20 client because the terms of the offered deal were too risky; instead, it opted to do a simple website project for that marketer that's essentially risk-free.

Digitaria has had run-ins with nonpracticing entities on four occasions. In one case it had to split a licensing fee with its client, a large hotel chain. (It paid half of a $50,000 fee to an entity that claimed an iPhone app with locator functionality to show which hotels were in the user's vicinity had infringed.)

(Helferich, the firm mentioned earlier, had no involvement with the Fluid or Digitaria cases.)

Mobile-patent minefield
Developing websites and banners ads are relatively risk-free, Mr. Hecht said. It's mobile apps that are a potential minefield from a patent-infringement perspective.

Though it's incumbent upon agencies when negotiating contracts to gauge their comfort with legal exposure to patent suits, an industry group is trying to produce a balm for them. The Society of Digital Agencies is working with an insurer to develop an IP insurance policy, according to Executive Director Chris Buettner. There's plenty of interest among the group's 70 members, he said, but they're waiting to see if the "cost-benefit ratio makes sense."

Policy changes could also potentially provide some relief from litigation. The shield bill pending in Congress would oblige nonpracticing entities who lose their suits in court to pay all costs and attorney fees associated with the case. And the America Invents Act of 2011 has effectively halved the number of letters claiming patent infringement over the past year, according to Bradley Gross, a patent attorney who works with SoDA. The legislation made it improper to sue multiple defendants in a single instance unless they're connected to each other in some concrete fashion.

"The numbers do show that from an ad agency perspective, the number of patent troll threats have been reduced," he said. "[They're] becoming judicious about where they spend their time and resources."