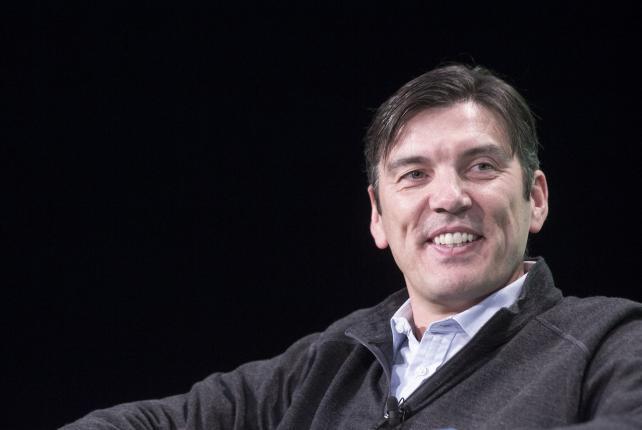 When Verizon closes its $4.8 billion acquisition of Yahoo, adding the company to a portfolio that already includes AOL, it will own two of the oldest and best-known players in the digital ad business. They will combine to offer significant ad-tech systems and tremendous reach among consumers, not to mention a pretty good set of signals about those consumers' demographics, interests, location and likely purchases.

AOL and Yahoo sites had an unduplicated U.S. audience of 236 million unique visitors in June, surpassing Facebook's 209 million and trailing only Google's 242 million, according to ComScore.

The more access to data Verizon has -- and it already has a lot -- the more targeted ads it can deliver, all the better to compete against the digital ad titans Facebook and Google. Yet the biggest question is how well the telecom giant will be able to use its growing data for advertisers, particularly in mobile.

The company's deal for Yahoo puts a lot on the plate of AOL and its CEO Tim Armstrong, who has been tasked with leading the integration of the two companies.

Ad Age asked Mr. Armstrong how he is approaching the acquisition. Our conversation has been lightly edited.

Advertising Age: How much of this deal is about ad tech?

Our theory on on ad tech, by the way, is that ad tech without consumer connection becomes commoditized over time. So, we believe that having a great consumer business leads to having a great ad business and that is something that we feel really, really strongly about overall. I think the deal premise was to get over a billion consumers and our ad-tech strategy will follow that.

Ad Age: In regards to content, how much of this deal is about content at a large scale?

Tim Armstrong: I think a fair amount is about content and developing content for two different reasons. One is it's about content brands, our brands and Yahoo's brands. I think those two really serious sets of brands might end up being the largest portfolio in digital brands in the world. And the second piece is that brands bring audiences that are really unique and offer our partners and customers something that's very unique. It is not just a platform company, it is a company that has very deep engagement and very deep community sense around our different superbrands.

Ad Age: Of the ad tech and the content, which do you think is more exciting for advertisers?

Tim Armstrong: Here's the deal. They want both. Everybody knows they need ad tech and that they need platforms, but everybody is circling back to the fact that those areas get so commoditized that people want premium brands and premium input even in the programmatic space so their customers stay interested.

Ad Age: Between AOL and Yahoo, it is my understanding that you guys are going to have five exchanges, which is astronomical. Any plans to consolidate?

Tim Armstrong: One of the things we are doing right now is really going through and doing the strategy planning. From a process standpoint, we haven't been able to do a lot of strategy planning with them about assets or teams or people because of the auction process that happened. So our next move is to sit down and really dig into the strategy and structure in conversations which start later this week. My guess is it's going to take, I don't know, three to six months for us to come out with what we'll be doing with all those assets. That is a super important part of the next phase here. Most people expect deals of this size to have all that worked out before the deal, but because of the auction process we weren't able to do that.

Ad Age: Assuming that is going to be the case, that between AOL and Yahoo there will be five exchanges, wouldn't you expect to consolidate those?

Tim Armstrong: We will basically be in the process of working on the platforms in any consolidation that is going to happen in the ad tech space over the course of three to six months. Again, when you say it from the outside, "Oh, there's five platforms or there's eight platforms," it sounds like "Oh, you guys should consolidate!" But the first thing we need to do is thoughtfully sit down and understand what each of the platforms does. What are the differentiation features each of those platforms brings? Does it make sense to consolidate, does it make sense to expand? Theoretically, we want to have fewer, simpler, bigger platforms for customers. At a high level that is one of the things we are going to spend time on.

Ad Age: The search space is very lucrative. There was more than $20 billion in revenue generated in 2015. Yahoo is the third largest search platform with about 12% market share. What do you see happening there?

Tim Armstrong: I think the search area is a place that is very important to both companies. Yahoo has a bigger organic investment in search than we do and I think they are mainly focused on mobile, which is an important part of search in the future. I would say from our standpoint that both search areas are very big and very profitable and something we will sit down and thoughtfully go through. Some of the search products we haven't even seen yet so I think we will go and review those and whatever the search strategy is gonna end up being we will focus on making sure is the right strategy and to make sure the company is successful in the future. They have more expertise in search than we do so we are going to rely on them to help us walk through their search understanding and what they are investing in.

Ad Age: Any plans to rename AOL and Yahoo and put the companies under one roof? I know the idea to rename AOL has been floated around.

Tim Armstrong: I would say we have been working on looking at the brand especially because there is a holding company, and then we have all of the different house of brands aspects, so I think that is something that we will be looking into. AOL is a big consumer brand, Yahoo is a big consumer brand and between them they have hundreds of millions of users and I think they deserve their own spotlight overall. It's something we are deeply thinking about.

Tim Armstrong: I think one thing many people have not asked, but one thing that we are exceptionally blessed at because of the team we have, is we are very good at partnerships. One thing we have the opportunity to bring to the table with Yahoo is our global partnerships span the smallest media companies all the way through the world's largest sports league and we want to be the world's best partnership company. It's one of the things we pride ourselves on. The ability to have a billion users, a billion users plus and have access to them for our partners is a really big strategic opportunity for us and we plan on taking advantage of it.