NEW YORK (AdAge.com) -- Another former aQuantive executive is leaving Microsoft. Scott Howe, Microsoft VP and head of its advertiser and publisher solutions group, is leaving the company next month. He will be replaced by Rik van der Kooi, CFO of the division, according to a memo posted to Microsoft's Advertising Blog. 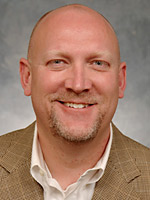 In a blog post, Microsoft's advertising president, Qi Lu, said Mr. Howe had left to "re-charge and pursue the next chapter of his career."

Microsoft bought aQuantive in 2007 for its ad technologies and platforms such as Atlas and ad network Drive PM, not its agency business, and Mr. Lu credited Mr. Howe for negotiating the sale last year of Razorfish to Publicis Groupe for $530 million in cash and stock. Mr. Howe's replacement, Mr. Kooi, oversaw finance, systems, mergers and acquisitions, and led the search integration with Yahoo.

The departure comes at a delicate time for Microsoft, which is integrating its Bing search technology with Yahoo. During the transition, the Yahoo integration team, headed by Greg Nelson, will report directly to Mr. Lu. Microsoft has also been seeking a global chief for its ad sales division, a complex amalgam of display properties like MSN, mobile, the Xbox console game and newly relaunched and re-branded search engine Bing.

"Our gains in Bing share, the progress we are making in monetization and field engagement, the implementation of our Yahoo partnership, the launch of the new MSN home page and an upcoming wave of product launches leaves me energized and excited about where the division is heading," Mr. Lu said.