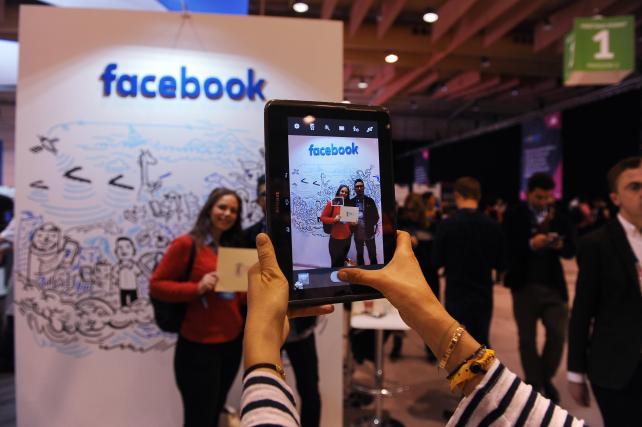 An attendee uses a tablet to photograph the Facebook Inc. company pavilion at the Lisbon Web Summit in Portugal on Nov. 8.
Credit: Paulo Duarte/Bloomberg

The appearance of what appeared to be an hour-long torture video on Facebook Live could undermine efforts to get more brands and publishers to try out the feature.

On Wednesday, Chicago police confirmed that they were investigating a disturbing assault that was livestreamed on Facebook's video platform. A video appeared to show a man being tortured by people who were shouting anti-Trump sentiments and other hateful talk like "Fuck white people."

The video was another reminder of how chaotic social media can be, and could be a warning sign for brands and publishers that have tentatively embraced these unruly environs. It could also slow down Facebook's plans to try to make money from Facebook Live, one of its latest and biggest priorities as it tries to further compete for TV ad dollars.

Facebook has been testing mid-roll video ads on Facebook Live, served into the broadcasts a la traditional TV commercial breaks. Because brands don't want to appear among content that they can't control or predict, the company has only been putting ads on video from professional media players. But even premium publishers can wind up covering topics that are unsafe for advertisers.

"I don't think the incident will intimidate brands who want to move into live broadcasting," said Jill Sherman, the head of social media at the agency DigitasLBi. "That said, brands should absolutely be thinking about how they place media in social spaces to avoid having their content directly aligned with the wave of content and commentary that follow these types of incidents."

Facebook is not the only one inviting marketers to underwrite some wild settings. One of Twitter's biggest problems with brands has been the uncontrolled conversation and harassment on its platform.

Facebook has removed the alleged torture video, but did not say whether or how it could prevent such content from gaining a foothold in the future. Live streaming is just a click of a button away for any of Facebook's nearly 2 billion users.

"We do not allow people to celebrate or glorify crimes on Facebook and have removed the original video for this reason," a Facebook spokeswoman said in an e-mail. "In many instances, though, when people share this type of content, they are doing so to condemn violence or raise awareness about it. In that case, the video would be allowed."

Facebook has been in a tricky position regarding a lot of content that proliferates on the platform. Live videos are just one uncensored corner, but the company has also been heavily criticized for enabling the spread of false information during the presidential campaign.

After the election, Facebook began fact-checking posts and flagging suspicious ones with a "disputed" tag.

With Facebook Live, the company has been preparing for a future where that section can be one of its biggest draws for publishers and users.

The app streams through Apple TV to let people watch Facebook in their living rooms. In the incident Wednesday, however, that meant viewers could live-stream torture directly to their big screens.

The video showed a man, bound and gagged, while being assaulted and threatened with a knife. The video streamed for almost an hour, and it has since generated outrage and commentary on websites like Reddit.

"At this point [Chicago Police Department] believes the video is credible and detectives are questioning persons of interest in the case," officials said an e-mailed statement.