If you needed a sign of just how audacious YouTube's $100 million experiment in original content is , consider the asking price for advertisers: as much as $62 million for the exclusive on a package of "channels" in categories such as music or pop culture.

No one has paid that yet. Early deals are in the $5 million to $10 million range, but the aggressive asking price reflects the ambition for YouTube's 96 premium "channels," designed to bring to the site TV-like appointment viewing, as well as TV-like advertising dollars.

A smattering of the nation's biggest marketers have signed on, including Unilever, which is sponsoring "Young Hollywood Network," founded by well-known YouTube star R.J. Williams, Toyota, which is backing a host of channels targeted at women, including "Cafe Mom," "Kin Community" and "Mom's View," and GM, which signed on last week to sponsor Red Bull's action sports channel and a package of automotive-focused channels. Chrysler, AT&T and Lowes are also appearing on channels that have already been launched. 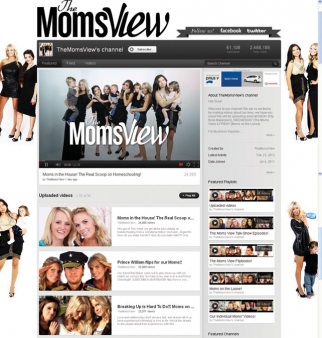 YouTube started conversations with brands and agencies in November in hopes of persuading them to part with chunks of their TV advertising budgets on a site once known for cat videos and vloggers such as Shay Carl.

But there was a catch: To get exclusivity in the premium channels, buyers also had to make a huge investment across the rest of YouTube. While deal terms varied, it was typical for YouTube to guarantee that just 20% of the ads would appear in the new channels, with the rest running in other videos on YouTube.

"YouTube is a pretty vast place," said one buyer familiar with the terms. "You are spending an awful lot of money on things that are nontargeted." The terms reflect how YouTube hopes to use the channels -- some fronted by celebrities or produced by majro studios, such as Lionsgate -- to bring brand dollars into the rest of the site, which is a bit like the Wild West, with a wide variation in quality.

By making the sponsorships of channels and packages of channels exclusive, YouTube aims to ignite a frenzy among marketers afraid of being left out.

According to a rate card distributed to ad agencies, two hot verticals -- music and pop culture -- were $62 million apiece for one-year sponsorships, a package of sports channels was $40 million, an autos package was $16 million and a mom's interest package $10 million. YouTube has since subdivided the verticals into smaller packages in categories such as "Celebrity News," "Music and Film" or "Geeks, Gadgets and Games," which cost $10 million to $20 million to sponsor. YouTube also lets advertisers exclusively sponsor a single channel for anywhere from $2 million to $4 million on an annual basis.

None of the megapackages have sold, but GM and Toyota's deals are thought to be well north of $10 million for packages of channels, while Unilever is in the $5 million range for "Young Hollywood," one of the channel partners with a long history of producing popular celebrity programming on YouTube. YouTube declined to comment on deal terms or pricing.

"We were intrigued by the opportunity to be the inaugural and exclusive sponsor of YouTube's 'Young Hollywood' channel," Unilever Senior Director-Media Gail Tifford said in a prepared statement.

"The response from advertisers has been extremely positive," said Lucas Watson, the former Procter & Gamble executive leading the sales effort, in a statement provided to Ad Age . Marketers that join early have the chance to "build relationships with content partners so they can come up with creative integrations for the future," he said.

The deals work out to $15 to $25 per thousand views, competitive with broadcast TV ad rates. At a low-end sponsorship cost of $500,000 a month, an advertiser would need roughly 25 million impressions to net a $20 CPM -- unlikely for most startup channels.

Channel producers will make money from ad impressions that run on the videos they create or curate within the channel, but only after YouTube recoups its initial investment in them, which ranges from a few hundred thousand to $5 million. Those deals were also struck on a variety of terms, but the expectation for most is that they will clear their advances back within a year. After that , YouTube will split revenue 50-50.

The breadth of prices also reflects the content that video producers have agreed to create. SB Nation's sports channel, for example, which was funded at the higher end, is planning to create 3,000 episodes this year, or 64 hours of programming. Others will produce substantially less.

Another point of negotiation is how much programming the producers create for the advertisers. Ms. Tifford said the partnership with "Young Hollywood Network" will integrate Tresemmé, Magnum and St. Ives into some programming.

The early advertisers are also big TV spenders, and while most have ad budgets devoted to digital, spending at these levels will inevitably mean shifting some dollars that once went to TV.

"In a world of finite marketing budgets, you do this in place of doing something else," said David Cohen, chief global digital officer of Interpublic Group's Universal McCann. Mr. Cohen has been in talks with YouTube for several clients.

Mr. Lisko called the YouTube deal a "test and learn" opportunity to see if more dollars could be moved from TV. "We will look at the performance of the media and the audience we are getting, just as we would with TV," he said. One challenge for YouTube has been to provide more TV-like metrics, such as how many people watched at a particular time, rather than "views" accumulated over a day, week or month.

In a break from the past, YouTube has been talking to outside data providers such as Nielsen Co. and AIG to provide ratings and engagement scores, comparable to TV. Advertisers have decades of historical data on TV advertising's impact on what people actually buy. That volume of data doesn't exist for the web. "The ultimate that we haven't yet cracked is : What does this translate to as far as in-store sales?" Mr. Cohen said.

GM, which spent $240 million on Internet display advertising in 2010 (and nearly $1.2 billion on TV) according to Ad Age DataCenter, sees it as another touch point for consumers, in addition to TV. "When you have this much fragmentation taking place among audiences, its important that you touch all channels," said GM spokesman Tom Henderson. "We don't think one medium will replace another anytime soon."

Google is expected to capture $2.58 billion in display-ad revenue in 2012, or about 16.5% of the overall market, according to a recent estimate from eMarketer. In an estimate last spring, Citibank said YouTube revenue would exceed $1 billion in 2012.

Kimberly-Clark's Zena Arnold on Google, CPG and marketing in a cookieless world