Lexus, Tide, Lipton and 'Hunger Games' Have Signed Up as First Advertisers
READ THIS NEXT
Google thinks it may have found a replacement for third-party cookies 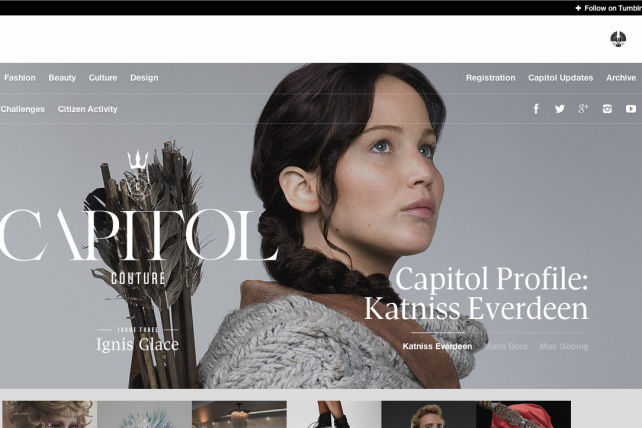 Yahoo has a new way to recoup the $1.1 billion it dropped last year on social network Tumblr.

The Tumblr ad tie-up is "the most substantive integration between the two companies since Yahoo acquired Tumblr," said Yahoo senior VP-home page and verticals Mike Kerns. Tumblr's global head of brand partnerships Lee Brown said Yahoo and Tumblr have been working on the expanded ad distribution system for the last three quarters.

The Tumblr ads will show up on Yahoo sites in two so-called "native" formats. On Yahoo's digital magazines like Yahoo Tech, they'll appear as image-heavy sponsored content entries alongside editorial posts. Tumblr already serves as the editorial publishing tool for these sites and has been used to create the sites' ads since their introduction. Meanwhile on Yahoo's regular sites like Yahoo Sports, the Tumblr ads will show up as stream ads, which have skew more text-oriented but recently added bigger images.

Introduced last April as Yahoo's first "native" ad product, stream ads appear within the sites' content feeds and resemble unpaid posts but are lightly shaded and carry a logo denoting them as sponsored. Yahoo had initially pitched stream ads to search advertisers as display extensions of their search ads, but is now using the Tumblr posts to attract brand advertisers.

The Tumblr ad expansion is part of Yahoo's phase-out of standard mobile banners. "We are, I believe, now live across all of the U.S. with native-only advertising across all mobile," Mr. Kerns said. He declined to say whether Yahoo is considering selling the Tumblr or stream ads on third-party sites. Mr. Goldman pointed to building up the company's off-Yahoo ad business as a way to grow display revenue.

Mr. Brown declined to comment on Tumblr's revenue. He said that "hundreds" of brands have a presence on Tumblr.

Running the Tumblr ads on Yahoo opens up new targeting options for advertisers. While the ads can only be targeted by a person's geolocation and gender on Tumblr, on Yahoo they can be targeted by interest categories. Mr. Brown said interest-based targeting will be coming to Tumblr "very soon."

Yahoo is selling the Tumblr ads through its ad marketplace Gemini. The company introduced Gemini in February as the main way to buy Yahoo's mobile search and stream ads. It is effectively becoming Yahoo's ad-tech product for non-standard, or native, ads.

The Tumblr ads continue to be sold on a cost-per-engagement basis, meaning that advertisers only pay if someone clicks on the ad, shares, likes or follows the brand on Tumblr.