Artsy blogging site says it will no longer allow sexually explicit material, some users wonder what that leaves
READ THIS NEXT
The TikTok difference: Joining a genuine conversation vs. interrupting one
Related Video: Anger Ensues After Tumblr Announces New Content Restrictions
Courtesy: Cheddar

Tumblr announced Monday that it would take down any blogs and posts of nudity and sexual activity, among the site's more popular subject matters. The platform, which was launched in 2007, had gained a reputation for being one of the few mainstream social platforms that allowed nudity and images of consensual sex.

No longer. Tumblr said that starting Dec. 17 sexually explicit content would be removed, and it has been notifying users who have posted that type of content. "Adult content primarily includes photos, videos, or GIFs that show real-life human genitals or female-presenting nipples," Tumblr said in a blog post. "And any content—including photos, videos, GIFs and illustrations—that depicts sex acts." 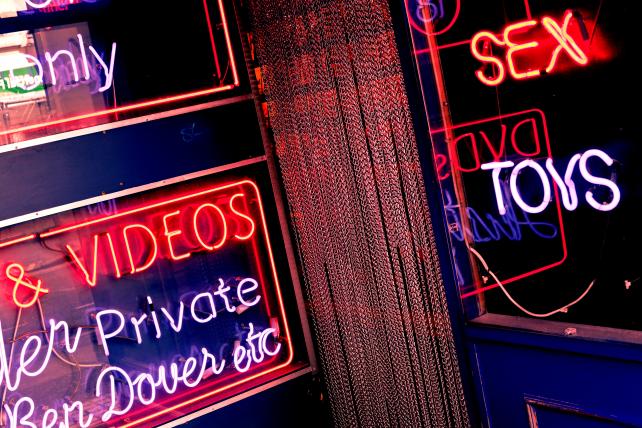 The site, which claims to host 449.3 million separate blogs comprising 167 billion posts, would still allow artistic expressions of nudity like in paintings, drawings and images of sculptures, and also breastfeeding pictures. The announcement was met with widespread surprise that a platform built on free expression--one where pornography circulated widely--would effectively nullify its point of differentiation.

It appears Tumblr has already started flagging images even when the content doesn't seem to break the new rules. One Twitter user claimed this image was under review by Tumblr.

this has been in content appeal for almost 2 hours... hey tumblr i just wanna talk i swear... lmao... her face is me @ this shit show tho. like it got flagged IMMEDIATELY upon posting :/ pic.twitter.com/lpZyVGKpoW

Tumblr was founded in 2007 by David Karp in New York City, and he sold the company to Yahoo for $1 billion in 2013. Yahoo was sold to Verizon in 2016. The site has struggled to catch on with advertisers and marketers under any ownership. Last month, Apple kicked Tumblr out of the App Store after there were reports of child pornography on the site.

It's unclear how much of the site is devoted to pornography, Tumblr does not release those stats. One 2016 study suggested that as much as half of Tumblr's active users viewed adult content there of some kind. And according to much of the reaction on Twitter today, they'll be sorry to see it go.

Is this female presenting a nipple safe for Tumblr? pic.twitter.com/R12JG2hgC0

Translation: Tumblr is Going Out of Business Dec 17th. https://t.co/JqMbFr4jeE

No nipples on Tumblr but white supremacists are coo.