Social Net Out to Convert Casual Visitors Into Registered Members

Twitter's got a plan to convert casual visitors into registered members -- and to count them as users even if they never sign on.

At its first analyst day last week, Twitter addressed one of its inherent problems: Though most brands have a Twitter handle and hashtags get appended to nearly every campaign, it still struggles to get consumers both to sign up for its service and engage with it. 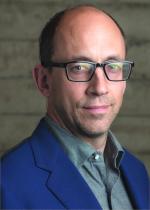 That reality has helped send Twitter's shares down more than 35% since the beginning of the year and prompted the service to tout a new metric to try to prove the power of its content. The company said 500 million unique visitors land on Twitter content every month through search or syndication, yet never register with the site. The company reports 284 million monthly active users.

To lure those potential users, Twitter announced a slew of product enhancements and laid a basic road map for how it will measure, track and serve ads to the eyeballs that never convert.

"We have a goal to build the largest daily audience in the world," CEO Dick Costolo said.

Advertisers met Twitter's pronouncements with cautious optimism, eager to extend their reach to this audience but unsure how -- or why -- they would do so.

This echoes Facebook's move from four years ago, when the social network steered incoming users toward brand pages, said Matthew Wurst, VP-general manager of social at 360i. Thus far, Twitter feeds have only operated in reverse-chronological order, forcing brands to jump on conversations in order to be seen. But its new features, such as "while you're away," which lifts earlier content, could change that. "Now, the quality of content may matter more than the timing," Mr. Wurst said. "We're entering new and unchartered territory."

Twitter has hinted that it would rejigger how it reports its addressable audience size. On earnings calls, execs frequently mention that those seeing Twitter content account for an audience two to three times larger than its registered user base.

For the first time, Twitter quantified that audience and projected it will net $2.50 in revenue per logged-out user. (Its figure for logged-in users is more than twice that.)

Marketers were intrigued, but not salivating. "Over time, it could get there. But as an advertiser, I'm looking for active, engaged users," said Douglas Rozen, who leads digital, social and mobile for Meredith Xcelerated Marketing. "If I was just going after eyeballs, there are way more efficient means."