You Can Now Buy Twitter Ads That Live on Flipboard, Yahoo Japan

On Tuesday, the social media company announced that advertisers could begin placing promoted Tweets on other platforms through syndication. The inaugural partners are Flipboard, the mobile news reader, and Yahoo Japan.

Twitter has been signaling this development for months. In November, Twitter executives made the case to investors for inflating the service's size, explaining the "logged-out" Twitter audience included 500 million monthly active eyeballs, nearly double Twitter's registered flock. Syndication was raised as a potential revenue source, although Twitter did not offer details. In early January, at the Consumer Electronics Show, Twitter pitched agencies and marketers on syndication partnerships, using Flipboard as an example. 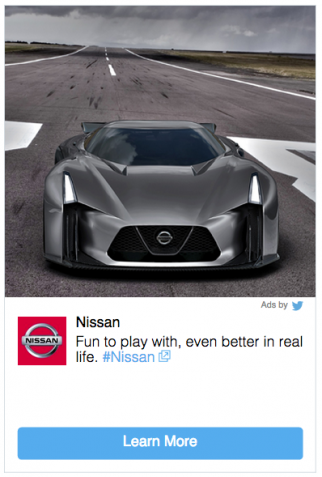 "For the thousands of brands already advertising on Twitter, these new partnerships open a significant opportunity to extend the reach of their message to a larger audience," Ameet Ranadive, senior director of product at Twitter, wrote in a post introducing the news. "What makes Twitter unique is that Tweets can flow from Twitter to other mediums seamlessly, like TV, websites and mobile applications."

Twitter declined to comment further on the announcement. Over time, syndicated ad buying will include automated ad targeting features similar to current Twitter ad products, according to one executive familiar with the company. Twitter and its new partners are splitting the revenue, the executive added.

"Through this new partnership, Nissan could run a Promoted Tweet campaign on Twitter, with specific creative and targeting, and simultaneously run the campaign off Twitter, with the same targeting and creative in the Flipboard app," Mr. Ranadive wrote.

Twitter laid the groundwork for this type of syndication integration in October, with the introduction of Fabric, its mobile app platform. When the company first discussed tentative plans for selling ads to logged-out users, advertisers were skeptical of the efficacy of buying ads that would reach unregistered, untargeted visitors.

In January, Flipboard had ad news of its own, launching an ad unit dubbed Promoted Items, allowing brands to distribute articles and videos. Flipboard keeps its user numbers close to the vest; its latest figures, from 2013, report 100 million users but do not indicate active attention.

Yahoo Japan, in which the U.S. company has a 35% stake, has an established track record. For the first two fiscal quarters of 2014, its Display Ad Network -- which includes search and display -- reported 146 billion Japanese yen ($1.3 billion) in revenue. In April, Twitter partnered with Yahoo Japan to resell ads for small and medium businesses.