Twitter announced today a long-awaited move that could throw open the floodgates of ad investment: it's opening up its advertising API, enabling a handful of launch partners to build their own tools for creating and managing ad campaigns on the platform.

The company's five launch partners who will have access to the API are Adobe, Salesforce.com (which bought Buddy Media), HootSuite, Shift and TBG Digital, which is one of Facebook's biggest ad partners. (API stands for application-programming interface and is a set of rules that allow third-parties to interact with platforms and services.) 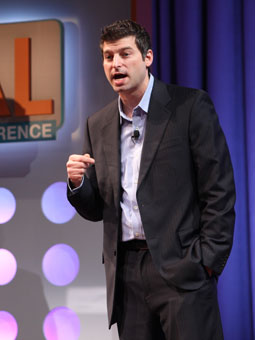 These companies will be able to develop software on top of the Twitter ads platform. The software will allow brands and agencies to test campaign-performance factors, such as which ad creative works best, for which audiences and at what time of day. Marketers have been able to use those tactics to optimize campaigns on Facebook since its ads API opened in private beta in late 2009.

Many Facebook Ads API partners have incorporated Twitter ad buying into their offerings, but don't have access to Twitter's full API to optimize campaigns. Twitter's selectivity in choosing a launch group of just five signals the user experience-obsessed company's caution in ceding any control over how its ads are presented.

Up until now, brands had been obliged to either use Twitter's self-serve tool or go through its direct-sales team. Now the process of buying and measuring a campaign on the platform will be simpler, according to Twitter's chief revenue officer Adam Bain. Marketers will be able to manage their Twitter campaigns side-by-side with campaigns they're running on other platforms, he said.

"If they spend less time on the intricacies of management, they will have more time to focus on great content," he said.

Twitter had been relatively tardy in opening up an ads API and lagged Facebook as well as LinkedIn, which opened up its own in November.