Twitter raised $1.82 billion in its initial public offering, the largest IPO by a technology company since Facebook Inc.'s debut in May 2012. 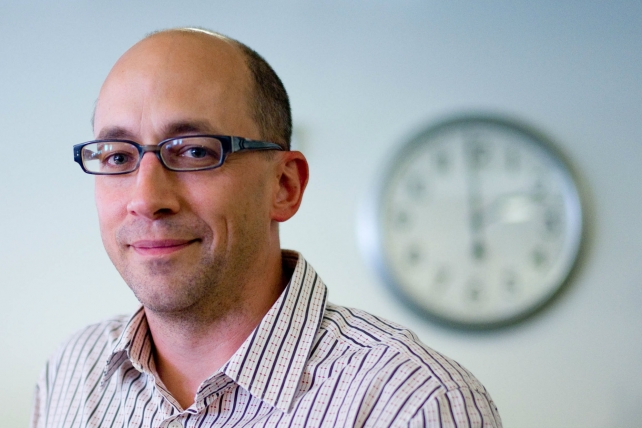 Twitter sold 70 million shares at $26 each after offering them for $23 to $25, the San Francisco- based company said in a tweet, valuing the short-messaging service at $14.2 billion. Goldman Sachs led the sale, working with Morgan Stanley and JPMorgan Chase.

The offering is a step toward maturation for the 6-year-old social network, which has shuffled through different leaders, built an advertising business and attracted an audience of more than 230 million users around the world. Chief Executive Officer Dick Costolo has rallied investor interest in Twitter's rapid growth -- with revenue more than doubling annually -- even with no clear path to making a profit.

"Both the company and the buyers seem to be well-served at $26," said Lawrence Haverty, a fund manager at Gamco Investors Inc., who attended the roadshow in Boston last week. "They could have gotten a higher price, and they chose not to because they didn't want to replicate the Facebook situation."

Following Facebook
The stock is set to start trading tomorrow under the symbol TWTR, listed on the New York Stock Exchange. CEO Costolo will be at the NYSE tomorrow for the stock's debut, along with CFO Mike Gupta. Twitter co-founders Evan Williams, Biz Stone and Jack Dorsey will also be in New York, according to a person familiar with the matter.

Twitter had sought to avoid the hype that surrounded Facebook's initial share sale last year, leading bankers to overestimate demand for its shares. Twitter filed for an IPO confidentially with the U.S. Securities and Exchange Commission earlier this year, and originally set an offering price range at a discount to its Internet peers.

Demand for the stock exceeded the supply even before bankers started formally asking for orders, people familiar with the matter have said. On Monday, Twitter raised the proposed price range for shares in the IPO to $23 to $25 each, up from the earlier range of $17 to $20.

"When you see something with the user volume that Twitter has today and the engagement that they continue to have among their user base, you can confidently invest," Matt Krna, a principal at Softbank Capital, which has a small stake in the company through its acquisition of Bluefin Labs, said before the final pricing. "There was a period of skepticism over consumer technology after Facebook's IPO, and now people are running back."

At $14.2 billion, Twitter is valued at 12.4 times estimated 2014 sales of $1.14 billion, according to analyst projections compiled by Bloomberg. That compares with the 11.6 times 2014 sales that Facebook now trades at, and LinkedIn's multiple of 12.2 times sales, the data show.

Investors will have to wait for the company, whose website and applications let people post 140-character messages to friends and online followers, to deliver on its business model. Twitter's loss widened to $64.6 million in the September quarter from $21.6 million a year earlier, and it is unlikely to be profitable until 2015, according to the average estimate of analysts surveyed by Bloomberg. Its social-networking peers, LinkedIn and Facebook, were both profitable at the time of their IPOs.

Slowing growth
While Twitter's revenue has surged, reaching $534.5 million in the 12 months that ended Sept. 30, user growth is slowing, filings show. The service had 231.7 million monthly users in the quarter that ended in September, up 39% from a year earlier. That compares with 65% growth in the prior year.

Twitter has been touting its engagement with mobile users, where other Web companies have struggled. About three-fourths of Twitter's active users accessed the service from mobile devices in the three months ended in September, compared with 69% in the year-earlier period, according to the filing. More than 70% of advertising revenue comes from those devices, a higher proportion than Facebook.

The money from the public offering will help Twitter build its business outside the U.S., where it got 77% of users yet only 26% of revenue in the third quarter. The company will also expand its infrastructure and work on products that will help it attract more users and advertisers.

Facebook's debut was plagued with technical snafus on the Nasdaq exchange -- something Twitter may be trying to avoid by listing on the New York Stock Exchange. Nasdaq OMX Group Inc. paid $10 million to settle charges that the malfunction violated securities laws.