Twitter Starts Showing How Many Views its Videos Get 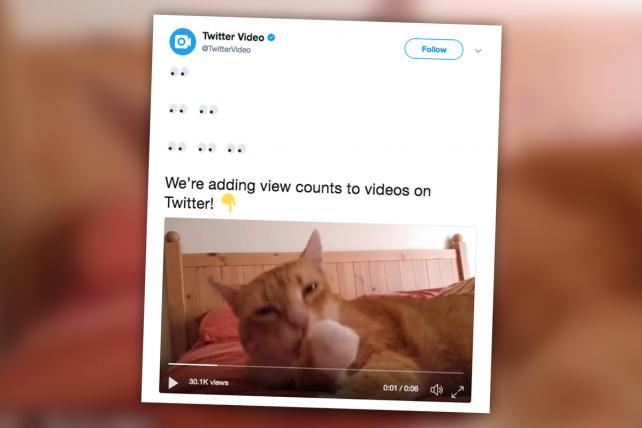 Video clips shared on the service will have running tally of people who watched, if even for only a couple seconds. Though it's a minor change to the platform -- Twitter never counted video views before -- every tweak is part of the company's mission to make the service more attractive for users. View counts are a subtle way to encourage people to share more video to the service if they feel their content is being widely seen.

Media companies and publishers could also appreciate the public-facing viewership counts that point to the popularity of their videos. Of course, view counts could cut both ways if the numbers are underwhelming.

For advertisers, there won't be much change. Most brands already have access to specialized Twitter data that provides them with view counts. "It's a vanity metric," says one ad agency insider, speaking on condition of anonymity.

Twitter is holding to Media Rating Council standards to account for views—one view equals 2 seconds of play time with at least 50 percent of the video on the screen. The counts will not show on livestreams or the special shows from media partners like BuzzFeed and Bloomberg.

Most platforms, such as YouTube and Facebook, also give view counts, but have their own definition for what's considered a view, and there is often a distinction between what counts as a view on an unpaid video versus what constitutes a view on a paid ad.

YouTube doesn't release criteria for how it counts video views, because it says that information could be gamed by bad actors looking to pad their views. Facebook counts any video start as a view, even if the video is only on screen for a fraction of a second.

Twitter has been making a number of changes to the platform over the past year, including increasing the character limit on tweets from 140 to 280.