Twitter Turns to Flipboard to Acquire Users for Vine

Got growth problems? Here's one way to solve it: advertising.

Growth is a top-of-mind concern for Twitter and it appears app install ads are part of the strategy. In this case, a beautiful, magazine-like placement running in Flipboard this week for its six-second looping video app Vine. 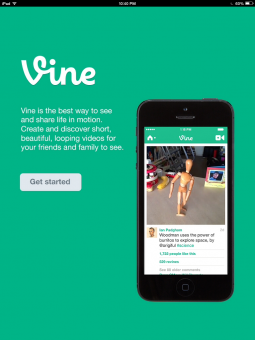 Digital ad campaigns are unusual among the major social networks, at least ones outside their own walls. Facebook has conspicuously advertised new products and marketing initiatives -- such as the Android phone takeover app Facebook Home and, more recently, the personal "Look Back" video that users can generate to to mark the social network's 10-year anniversary -- on Facebook itself, but not on other publishers.

It's not the first time Twitter has advertised on Flipboard, however. It ran an ad there to promote its threaded conversations update, which was announced in August. That functionality causes tweets directed at specific users to show up in a unified thread to a person who follows all of the users in that conversation, not in the strict order in which they were published, as most tweets are. It's been seen as a way to make Twitter more accessible to new users.

The current ad is aimed at user acquisition, though not for Twitter itself. Vine passed the 40 million registered user mark in August, up from 13 million in June, but Twitter hasn't given an update since then.

Have you seen other mobile ads for Twitter products?