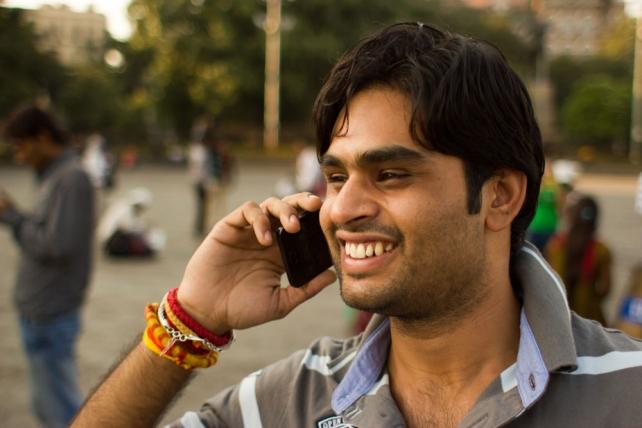 Jana Mobile, a small startup in Boston, has a mind-boggling reach: tie-ups with 237 telecom operators, in 102 countries, give it access to 3.48 billion mobile phones. Now, the company says it has a novel solution to bring nearly half the world's population straight to the world's biggest brands.

On Wednesday, Jana released Marketplace, a mobile marketing platform that allows advertisers to reach emerging market consumers for no cost to the user. The company has piloted the technology with Unilever and several other major consumer goods and Internet companies.

The tool allows marketers to buy two types of ads -- short videos and app install ads -- and send those to mobile users around the globe. The user gets a payment credited to their mobile account to cover the cost of consuming the content.

In spite of a surge of new phones in developing countries, mobile marketing has yet to firmly take off. Nathan Eagle, Jana founder and CEO, believes he knows why: phone data is still too costly. Most mobile users in Asia and Africa use "pre-paid" plans instead of contract, buying up minutes and data in small $5 or $10 pieces at a time.

Paying for data
Jana estimates that a tenth of its users daily income is spent on loading up their phone. "Every byte that these individuals are consuming, they're paying for," he said.

Jana's solution is to give it away for free.

A mobile user opts-in to view an ad, promotion or survey and receives subsidized data in return. For two years, Jana, which raised $15 million from the Publicis Group in July, has run similar experiments with mCent, its consumer survey platform with 10 million registered users.

With Marketplace, the company is opening up the tool for major brands. The product will roll out in eleven countries across Asia and Africa.

In addition early tests of the Marketplace platform with Unilever, Jana has run pilots with P&G, Google, Microsoft, Aegon and Asia Pacific Breweries.

For Mr. Eagle, a former academic who developed the product in Kenya, the mobile ad interactions are more conversation than conversion."We can start that initial conctact between these major brands and someone who will probably be part of their next billion customers," he said.

Unilever's test
Over the course of the 30-day campaign, the companies said they produced 500 thousand interactions. And they claimed 45% of these mobile viewers came to the ad from referals, prompted over email, social media or old-fashioned nudging. In subsequential questions, 70% of ad recipients requested to hear more about Project Sunlight.

Jana's apporach is still unproven. The Project Sunlight campaign is shaped more like a mawkish viral video than a brand promotion. And the videos and app promotion must contest with lagging download speeds and weak infrastructure, which has plagued mobile marketing in China, one of the most technologically advanced emerging markets.

The world's No. 2 advertiser, Unilever spent $8.6 billion on global advertising in 2012, with a 40% rise in digital spending. (Late last year it trimmed its marketing headcount and agency fees severely.) The company did not specify the amount spent on the Project Sunlight trial or the campaigns with Jana moving forward.

"We took a very small part of that budget," Mr. Eagle said. "And we were able to show that we have a similar reach, and a much richer message."