Upgrade to 5G Costs $200 Billion a Year, May Not Be Worth It | Ad Age
Skip to main content

Upgrade to 5G Costs $200 Billion a Year, May Not Be Worth It 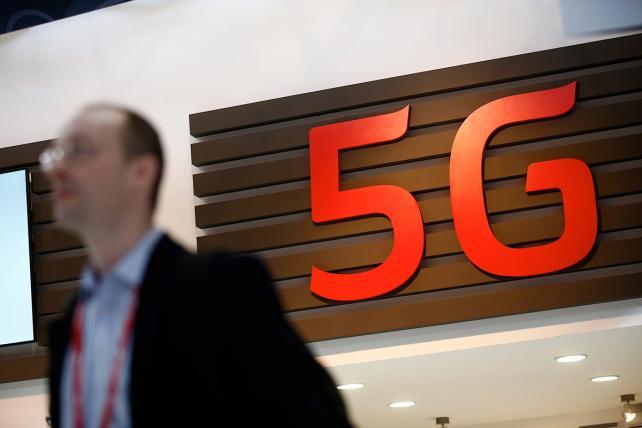 A 5G sign sits on display in a hallway at the 2015 Mobile World Congress in Barcelona.
Credit: Simon Dawson/Bloomberg

In the wildest dreams of wireless engineers, the mobile network of the future controls our cars, lets our refrigerators talk to the grocery store to order more milk, and provides fast, reliable broadband connections to our homes so we can sever ties with cable companies.

But it's going to cost the mobile-phone companies, chipmakers, device manufacturers and software developers about $200 billion a year in research and capital spending to get to that point, with engineers laboring to work around interference from trees and rain and provide a strong enough signal to handle so much demand.

Even if they're successful, making a profit on that investment will be difficult in an industry that isn't growing much anymore. In most developed countries, like the U.S., the wireless market has reached saturation, and there are few new subscribers to sign up without undercutting rivals on price.

"Historically, 1G to 4G, it's been a pretty straightforward evolution from the point of view of business and technology," said Chetan Sharma, a wireless consultant. "The revenue grew proportionate to the usage."

The future of 5G, as the next-generation wireless network is known, is already beginning, as a handful of carriers including Verizon Communications Inc. move from trials to deployments. The first technical standards everyone can use to design their networks, phones and chips for 5G will be released at a summit that starts Monday in Lisbon.

Most mobile-phone companies are targeting 2020 for the initial rollout of the technology, which promises 10 times faster speeds and lower latency, or lag time in transferring data when it's requested. After that, wireless carriers' revenue will grow about 2.5 percent a year through 2025 -- only about half a percentage point more than their growth in the prior five years, according to industry group GSMA.

This time around, it's not clear that 5G will translate into more revenue until perhaps five or 10 years from now, Sharma said. New applications like the Internet of Things -- using wireless connectivity to let machines on the factory floor talk to each other, and for autonomous cars on the freeway to talk to light signals -- may take years to materialize, and may not pay that much.

After all, many of these applications can be handled by Wi-Fi networks, while others -- like driverless cars -- would likely use onboard communications rather than cellular for safety reasons, said Craig Moffett, an analyst with MoffettNathanson.

"What's left in the middle is undoubtedly still a real opportunity, but it's not clear it's a very big one," he said.

First, engineers have to figure out how to make 5G work. Rain, fog and trees have long been the enemy of high frequency radio waves. AT&T is among the companies that have been exploring the problem. With environmental conditions "you get degradations but we haven't lost signals completely," said Andre Fuetsch, president of AT&T Labs and chief technology officer.

Given the relatively short, fragile nature of high-frequency 5G signals, carriers have to configure networks differently. They're shifting more of the network hardware from tall towers that are scattered to spread signals over broad areas, to smaller, more clustered sites like rooftops and street poles.

These "small cells" use cabinets that look like mini-refrigerators mounted on poles or rooftops. Inside the cabinets there's an array of more than 1,000 antennas, says Ed Chan, senior vice president of network planning for Verizon. In dense, urban areas, network engineers will have to install lots of small cells to handle demand for data, adding to the costs of 5G.

Some companies, including Verizon, aim to make money by offering up 5G as an alternative to home broadband connections, competing with cable and landline phone providers. High costs could make that commercially unviable.

"Carriers are all looking at 5G for fixed wireless broadband, even though the technology isn't particularly well suited to that application," Moffett said. "That's largely because it is almost impossible to identify any other real revenue opportunities for the technology."

Verizon says it will take a targeted approach, which will require a few years of spending before there's enough 5G service to prove that it can be a viable source of revenue.

The company has told analysts and investors that the goal for the first phase of its 5G network is to build a coverage area of 30 million homes starting next year in Sacramento, California, and possibly four additional cities. It will take a "short number of years" of network investment to have 5G within reach of that many homes and a few years before it shows some returns, Verizon Chief Financial Officer Matt Ellis said at a UBS investor conference earlier this month.

"As we've seen with other products, you build up to your penetration levels over some period of time," Ellis said. After enough customers sign on, it "starts to be significant to our financials in the next two to three years," he said.

Each of the top four wireless carriers in the U.S. decided to take different paths with 5G. AT&T plans to sell both a direct-to-home wireless service and a mobile service. T-Mobile US is adapting its network to 5G through a software update, and Sprint Corp. is planning to upgrade its antenna towers with advanced network gear. Neither T-Mobile nor Sprint have specified how they plan to generate revenue from 5G.

Verizon and AT&T have been testing the 5G technology in controlled settings. The trials have gone well enough to take the service to consumers starting late next year.

Sprint plans to boost network spending from about $4 billion this year to as much as $6 billion in 2018 as it kicks off a four-part upgrade plan, Chief Financial Officer Tarek Robbiati said at an investor conference earlier this month.

T-Mobile, meanwhile, is saying it will be the first to offer 5G service nationwide, though it's not clear if it's referring to the same type of technology others are implementing.

"The capital we're putting in the ground, starting now, is future ready,'' Chief Operating Officer Mike Sievert said this month at the same conference. "We're not hyping it right now like our competitors because we actually have a story in the part of a business where the revenues and profits are."