Facebook's audience is shifting to mobile devices, and fast, but the company sent the message that their ads will also make the jump, or they will once marketers take notice.

In Facebook's first quarterly report card, the company said more than half of the 955 million people who log into Facebook every month are now also doing so on mobile phones, a platform that Facebook was late in embracing and on which it only recently began placing advertising. 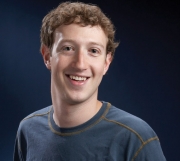 Overall ad impressions in the U.S. declined 2% from last year due to the shift from desktop PCs, where Facebook can show lots of its "marketplace" ads, to mobile, which has much more limited real estate.

But CEO Mark Zuckerberg and Chief Operating Officer Sheryl Sandberg seemed intent on sending the message that social ads in users' news feeds (currently the sole mobile ad product) are the answer to the problem and not merely an early stab at solving it. (They were first announced in late February but were initially only available as part of expensive premium packages.)

"We believe that sponsored stories in the news feed have the potential to be among the most relevant ad formats for marketers," said Ms. Sandberg, also noting that these ad units were the "cornerstone" of Facebook's mobile monetization strategy.

She alluded to the difficulties of scaling mobile quickly, however, adding, "As always, at Facebook, user experience is paramount."

Mr. Zuckerberg said that the sponsored stories in users' news feeds currently had a daily run rate of $1 million, with roughly half coming from mobile.

After an IPO beset by fumbles, Facebook was under the gun to meet Wall Street analyst expectations for revenue during its first earnings season as a public company, or risk a disaster like Zynga experienced yesterday when its stock tumbled almost 40%.

It nominally succeeded, posting $1.18 billion in revenue ahead of the average Wall Street estimate of $1.15 billion, but investors still don't appear to be fully satisfied. The stock has tumbled almost 9% in after-hours trading, indicating continuing concerns about Facebook's decelerating revenue growth and its ability to monetize mobile.

Facebook grew its revenue 32% over the same period last year, when it made $895 million. Year-over-year revenue growth during the last quarter was 45%, compared to 88% from 2010 to 2011 and 154% from 2009 to 2010, so growth is indeed declining precipitously, though not as much as some analysts had predicted for this quarter.

However, advertising revenue grew just 28% to $992 million. The balance for payments and fees (the majority of which come from Zynga and other gaming companies) was $192 million, or roughly 16% of the total, about the same as last quarter.

Meanwhile, Facebook grew daily active users 32% year over year to 552 million this June, but Chief Financial Officer David Ebersman said that users in Brazil, India and Japan were driving that growth. There were 543 million monthly mobile active users as of June 30, up 67% from last year.

Notwithstanding the decrease in U.S. ad volume, Mr. Ebersman said that the volume of ads delivered worldwide had increased 18%, driven largely by expansion into Asia, while the price per ad grew 9%. He also acknowledged the continued trend of ad impressions growing more slowly than usage of the platform due to mobile usage.

Analysts were listening for updates on Facebook's real-time ad exchange, where DSPs and retargeting firms will use third-party data to target Facebook users. Ms. Sandberg referenced "FBX" in passing, noting that it was in "early alpha testing."

Mr. Zuckerberg also dispelled rumors that Facebook is at work on a competitor to the iOS and Android operating systems. Building out a Facebook phone "wouldn't make that much sense for us to do," he said.