How Verizon Is Using J.Lo, Kids' Playgounds to Sell Smartphones to Hispanics

15 Viva Movil Locations are Scheduled to Open by the end of 2013
READ THIS NEXT
Borat makes Amazon debut, and a Quibi postmortem: Friday Wake-Up Call 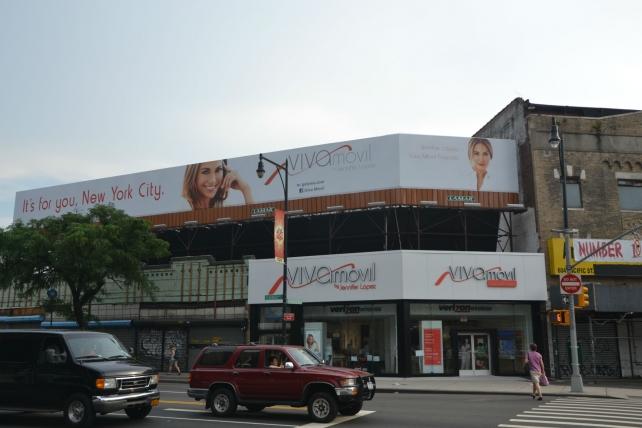 Across the street from the Jay-Z's home court, the Barclays Center in Brooklyn, is a block-long billboard of Jennifer Lopez and her own new business venture, Viva Movil, a series of Verizon retail locations targeted at Hispanic wireless consumers. The Viva Movil flagship store is located directly beneath the billboard and is the first of 15 locations slated to open up in Hispanic neighborhoods across the U.S. in 2013.

Targeting Hispanic-American consumers was the result of Verizon recognizing the importance of phones among Hispanic-Americans, according to Jeetendr Sehdev, the branding expert hired to spearhead the Viva Movil launch. Hispanic-Americans use their phones more than the general population and are more celebrity-focused, Mr. Sehdev said, thus making Ms. Lopez a natural fit.

While designed to take advantage of Hispanic-Americans' heavy phone usage, Viva Movil also functions to help bridge the digital divide between consumers fluent in English and those who only speak Spanish.

"A lot of times, people who don't speak English end up with prepaid phones because they don't understand all the terms and conditions [of a high-end smartphone]," Isa Ramos, store manager at Viva Movil in Brooklyn, said. "There's typically only one Spanish speaker helping five people."

All employees at the Viva Movil store in Brooklyn are bilingual so as to better service Spanish-speaking smartphone consumers. Ms. Ramos said that the store's clientele has primarily been Spanish-speaking customers thus far, but it has attracted consumers from all ethnicities. 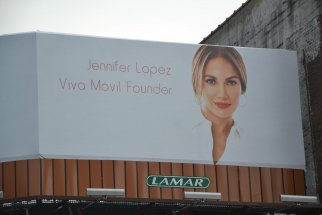 The store itself was designed to be a "tangible brand experience" and drew inspiration from how Abercrombie & Fitch, Apple and Starbucks design their stores, Mr. Sehdev said. Interestingly, Apple's iPhone display was in the back of the Brooklyn store while Samsung's Galaxy S4 was prominently displayed immediately in front of the entrance.

Viva Movil has a white and orange color scheme instead of Verizon's red and black; employees wore white shirts and white pants with orange trim. Next to the Galaxy S4 display up front was a pair of white and orange JBL headphones. Stores also feature J.Lo branded phone cases.

The store is also distinctly family friendly. In addition to the affable staff, there's a play center directly in the center of the store. Against the walls are padded booths where consumers can sit with Viva Movil employees to discuss phone options while their children occupy themselves in the mini-playground.

Photos of Ms. Lopez -- an equity partner in Viva Movil -- dressed adorned the walls. The photos were meant to portray Ms. Lopez's as a shrewd businesswoman, a part of her image that resonates well with Hispanic-American consumers, Mr. Sehdev said.

The Brooklyn flagship store has been open since June and the next Viva Movil opening will be in Queens. The third stoe will be in Plaza Mexico, a retail center designed like an ancient Mexican city located in Lynwood, Calif., approximately 14 miles south of downtown Los Angeles. Plans call for 10 Viva Movil locations to be opened by the end of September.

~ ~ ~
UPDATE: An earlier version of this article said that the grand opening would coincide with a concert at the nearby Barclay's Center. Plans for the concert have been discontinued."