Ad-tech and Content at Play in $4.4 Billion Deal
READ THIS NEXT
Tuning into Trends: CTV is an Engagement Cornerstone 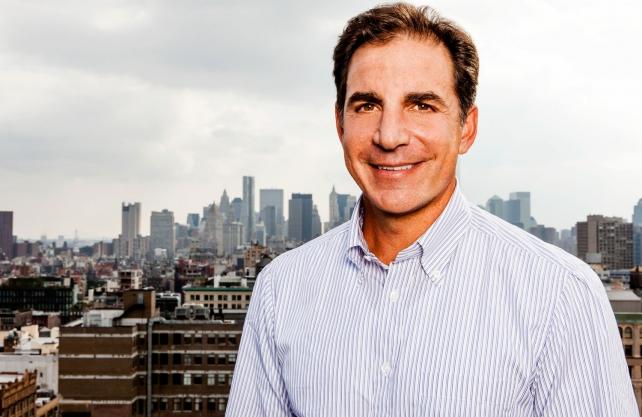 Three days after the Verizon deal to acquire AOL for $4.4 billion was announced, the tech company's offices were nearly empty. AOL employees were out in the neighborhoods of New York, participating in an annual day of community service. A scant few remained, tending to the business of a company in transition.

Those on-site included AOL President Bob Lord. Later, he'd be in midtown playing sports with the youth of New York's Police Athletic League. But for the moment, he was processing the week's events. "This leapfrogs us," he says of the acquisition. "There's just no question in my mind."

For nearly two years now, Mr. Lord has been in charge of building AOL's advertising technology operation. He's nearly finished with his biggest project: putting together all of the company's disparate software pieces -- which do everything from buy ad space to analyze campaign performance -- into a single unified system called One. Just a few integrations remain.

The technology is widely considered to be good, but like every ad-tech offering on the market (with the exception of Facebook's, maybe), it's missing a key component: the ability to reliably link user identity on mobile devices and desktop. Cookies, which ad-tech systems rely on, are ineffective on mobile devices, making it difficult for advertisers to run coherent campaigns targeted to people using more than one device.

When the Verizon deal is complete, however, Mr. Lord will be free of that problem. "We're moving from a cookie-based environment in targeting to a people-based environment of targeting," he says. Though cookies will still be used in AOL's ad-tech operation, Verizon's concrete data on 131 million mobile subscribers gives AOL the ability to move past the cookie's greatest weakness.

Mindshare Chief Strategy Officer Jordan Bitterman sees the sense in the deal. "It feels like this deal is being done for technology at the intersection of the coming (really: present) shift to mobile," he says in an email. "Since mobile will account for just shy of 50% of all digital spend this year, the industry needs more receptacles for those dollars. So far, Facebook, Twitter, Apple, Pandora and Google have taken the lion's share of those dollars. More entrants will allow for more pathways for mobile targeting and spend."

"If you don't evolve where you can provide value to a mobile device, I think you can be lost as a company," Mr. Lord says. Lost is what many ad-tech companies seem to be at the moment.

The Content question
At this new, mutant ad-tech company, the role of AOL content properties such as The Huffington Post, TechCrunch and Engadget will become murky. Ad-tech companies that own media are often suspected of biasing their algorithms to send ad dollars to their own properties, but Mr. Lord says those concerns are overblown. "I'd be out of business if I was always advertising on The Huffington Post and giving nothing to The New York Times," he says.

When asked about reports that some of AOL's content properties are up for sale, Mr. Lord is firm. "They're wrong," he says.