In-Text Ads Haven't Changed Much in a Decade
READ THIS NEXT
WhatsApp delays updated privacy policy after user confusion, backlash

Vibrant Media's version of in-text advertising is about to get richer, but also less likely to be launched unintentionally, a source of annoyance for readers as well as advertisers. 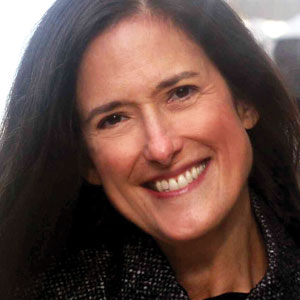 Advertisers long to get away from typical web banners, which users ignore, and into the text, but the in-text ad hasn't changed much in a decade. Today they're signaled by two green underlines that launch pop-ups when a cursor passes over them, meaning plenty of ads are shown to people who don't want to see them. Vibrant is hoping to change that with a host of new formats using video, images and social content, but to also ask a bit more politely before they take over the screen.

Vibrant's new formats add an additional box with an arrow next to the text ad, a signal there's an ad there, as well as two extra notifications to make sure a reader actually wants to see an ad. First, a brand keyword such as "Ford" turns into a tiny brand logo, then a progress box appears, letting the reader know an ad is coming.

Vibrant's rich-media ads require a user to hover as long as three seconds to initiate the ad, plenty of time to opt in or opt out. "We've seen over a period of time a pretty consistent call from consumers to have choice and control over when they see advertising," said CEO Cella Irvine. "Advertising is becoming more and more something the user participates in when they want to, rather than something that interrupts."

Advertisers still bid on keywords but will be charged when an ad is initiated, a cost-per-engagement model rather than cost-per-click. The new units include full-screen video and rich media, as well as a unit called "Mosaic," which can include video, images, tweets and other media and social content. Mosiac and video "Lightbox" units can be launched from text or images, thanks to technology acquired when the company bought Image Space Media in January.

Ms. Irvine, former CEO of About.com, joined Vibrant nearly a year ago with a mandate to re-imagine the text ad, which hadn't changed much since Vibrant was founded in 2000. "In-text when I joined was a highlighted word and an ad unit," she said. "Today it is a network of words and images and three units, each for different objectives."

Founded in 2000, the 300-employee company has raised $27 million but has been profitable for several years, with revenue greater than $100 million.

This is how Vibrant's "Mosaic" ad can look when expanded: