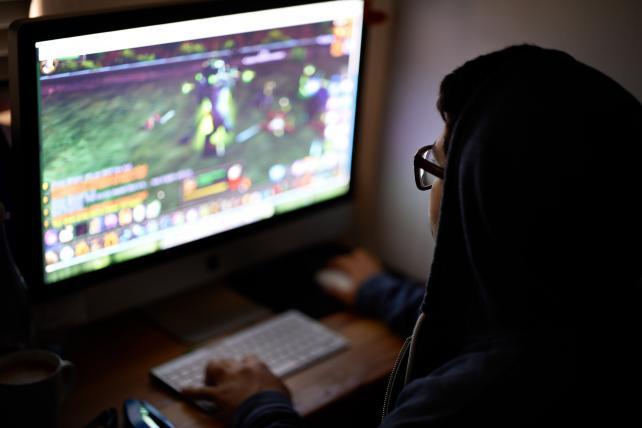 If you want an example of China's rising consumer class, take a look at the burgeoning demand to play video games.

Sales will jump an average 7.4% a year from 2016 to 2020, according to PricewaterhouseCoopers. That's higher than the 4.8% rate forecast for the industry worldwide, PwC said in its global entertainment and media outlook.

While in absolute terms games contribute a tiny sliver of gross domestic product, they're part of the bigger tectonic shift led by consumers who are cushioning the drag from a factory slowdown. China's gaming population was an estimated 534 million players last year -- that's one out of every 14 humans.

Boosting the world's third-largest video game market, after the U.S. and Japan, are sales of streaming video games and e-sports competitions this year, PwC said. In other words, gaming is increasingly social, not solo.

The rising popularity of competitions helps the appeal of both PC and mobile games in China, which boosts advertising revenue and will enlarge the "fan economy," PwC analysts said in the report.

Games should get a lift from government policies that favor boosting innovation as well as generous spending for state-run firms to boost wireless network speeds, Wilson Chow, the Shenzhen-based industry leader for tech, media and telecom in China and Hong Kong at PwC, said in an interview. Tencent also will speed up the development of the country's game industry, he said. China's largest internet company is leading an $8.6 billion acquisition of Finnish gamemaker Supercell Oy.

By 2020, China's gaming sales will climb to $12.85 billion, up from $8.98 billion last year, PwC estimates, outpacing a global revenue increase to $90.07 billion from $71.27 billion in 2015. Shanghai, Beijing and Guangdong are the main hubs of video game publication, according to PwC.

While Pokémon Go has just landed in Hong Kong, the location-based augmented reality game isn't available in the mainland because it relies on Google Maps, which China's internet censors block. So the gaming market won't get a lift from Pikachu chasers just yet.