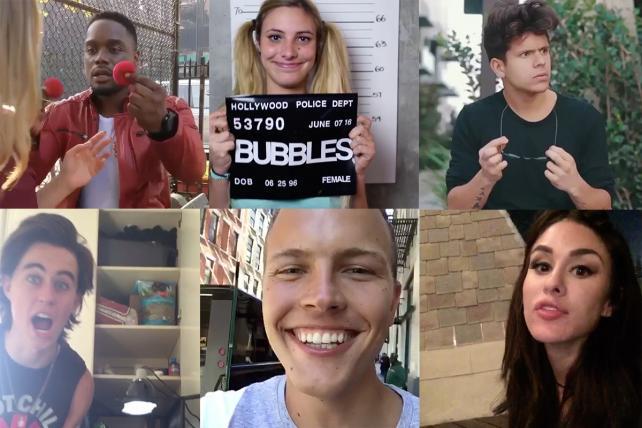 Vine may have been clipped -- it may even be mostly forgotten eventually -- but it will always have a special place in the history of web culture.

Twitter on Thursday said the budget cuts it announced along with its latest quarterly results would also mean discontinuing Vine, which the company bought before it even went live in 2012.

Once it was released, Vine's signature six-second videos became a phenomenon, and lit a fire under social-media celebrity unlike anything before it except YouTube.

During its first years, Vine brought stardom to a whole crop of new internet faces, many of whom are still riding fame on other platforms. They include Nash Grier, Jack and Jack, Jerome Jarre and even Kylie Jenner, who introduced the Kardashians to the service.

"Vine definitely revolutionized things for a lot of people," said Greg Davis Jr., who got his start there, too, and goes by the name Klarity. Mr. Davis has since moved on to Instagram for most of his video activity, as have many peers.

Vine showed creators and brands that they didn't need 30 seconds or more to win audiences. On Vine, six-second videos gave people like Mr. Davis enough time to spin comedy gold, and the fact that they looped over and over like a GIF made Vine its own unique genre.

Vine had the power to deliver 15-minute fame to an awkward British teen who spoke the Charli XCX lyrics "Vroom, Vroom" from her "mum's cah," propel dance crazes like twerking, and even hook Michelle Obama.

Mr. Davis said making money from Vine was never as easy as it should have been, and there was no revenue-sharing program around advertising like there was on YouTube. Ultimately, creators felt slighted, and Vine numbers dwindled, with declining loops per post.

"If creators are not happy, then you don't have a platform," Mr. Davis said.

Vine still has homegrown stars, of course, and anyone who relies on it for creating content and brand deals will be looking for a new home.

"We'll continue to support the creators that gained popularity on Vine as they look to transition their audiences to alternative platforms," said a spokeswoman from Collab, a digital video celebrity collective.

Twitter has taken steps in the past year to move web celebs to its main platform, and has a plan beyond Vine to lure them. Mr. Davis, for instance, is taking part in Twitter's recently expanded ad revenue-sharing program, which shows pre-roll ads before his videos.

The platforms are all in competition for the best videos, catering to popular social media personalities, top publishers, and sports and entertainment brands in the fight.

Twitter is generally praised for having a sleek video offering, but the size of its audience is still a concern. Twitter has 317 million monthly users, while Instagram has 500 million. Snapchat has 150 million daily users.

The Vine closure came on top of broader planned cuts to Twitter and layoffs to 9% of workers. Vine videos will continue to live on the website, but otherwise it's a dead service.

The shutdown did surprise many in the industry, because even though it was clearly losing traction with its early core of stars, there were still 200 million monthly users. (UPDATE: Although the 200 million-monthly- users figure is the most recent stat that Twitter has provided, it dates back to August 2015.)

Also, Twitter's focus on the future is all about video, and Vine could have had a role to play. Twitter still owns Periscope, its live video-streaming service.

"This is a real shock," said Will McInnes, CMO at social analytics firm Brandwatch. "Twitter is making such a big play around video in general, and Vine was its first serious foray into that."