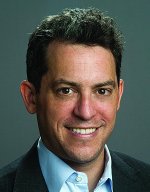 As with Nate Silver's new site for ESPN, Mr. Klein's new domain will take his penchant for explaining politics and economic policy news and apply it more broadly to categories like foreign affairs and culture. Mr. Klein will be joined by Washington Post colleagues Melissa Bell and Dylan Matthews as well as Slate writer Matthew Yglesias.

Advertising Age: What can you tell me about what Mr. Klein and the others are going to be working on?

Jim Bankoff: Ezra, Melissa Bell and Matthew Yglesias, they are going to be our founding team to create a new, modern media brand for Vox that will focus on reporting and explaining general news, economic and cultural topics. I'm sure you probably Ezra's post where he described it on The Verge. He has a vision that we share at Vox that there's an opportunity to really re-imagine what it means to be a news property in the digital era. There's so much information, so many updates, so many sources flying at us, and news is probably less about focusing on the old constraints of column inches and air time and more about giving context and explanation for what's happening in the world around us. So we're just getting to work on it, and we'll have a whole lot more detail to share as we get started here. But we're excited about the opportunity.

Ad Age: Based on the jobs description page, this sounds like a newsier Wikipedia. Is that a fair description?

Mr. Bankoff: It's insightful in that the structure of the site will not only have short form, long form, video -- all the things you would expect from a Vox Media site -- but also leverage our infrastructure and technology, evolving things like StoryStreams. And to your point, right now there's all this content that is created, all this news and insight, but it has a very short shelf life. We anticipate that rather than just watching it fade into obscurity; it can be part of an ongoing narrative on the topics that are most important in the news. I think that's insightful, that in addition to the standard formats that we think of there's an opportunity for a more compelling way to present the news and explain the news.

Ad Age: And what about mobile? The idea of someone getting a backgrounder on the news while in line at the grocery store?

Mr. Bankoff: That's another great insight. We're living in a world where nearly half of consumption is on mobile devices. We expect that trend to continue and get stronger. First of all, it's great news in that more news content is being consumed than ever. But that puts more of an imperative to be able to provide smart analysis, context, explanation of everything that's going on but to do it in modern formats, specifically mobile formats and really rethink how it's presented, how it's organized, how it's explained. So yes, the short answer is mobile will be a real big emphasis as we think through the construction of the property.

Ad Age: When will we get to see the site, and how big is it going to be staff-wise?

Mr. Bankoff: We haven't announced any dates. These guys just left their jobs on Friday, so we have to roll up our sleeves and get to work. What to expect is an iterative approach. We want to get them up and writing on our Chorus [publishing] platform. Then we'll probably just do something so they can get going in the spring, then iterate from there. In terms of staffing, one of the benefits and one of the reasons why this team decided to work with Vox is that we already have our Chorus infrastructure in place. We already have our sales and branded advertising infrastructure in place. So we have a lot of the core components. So in terms of staffing the team can focus on getting great journalists, getting great editors, graphic designers who can really work on making this vision come to life. We are going to be ambitious about it. But given that we have so many pieces in place, we can do it at an investment level that makes a lot of sense.

Ad Age: Are you going after a different kind of audiences this site than with other Vox properties like The Verge, SB Nation and Curbed?

Mr. Bankoff: Interestingly while this will cover new topics in different voice and structure, from an audience perspective we expect this will be comparable to the other Vox Media brands' audiences. What all of these audiences have in common are they are sophisticated, web-savvy audiences that are consuming digital media natively. They either grew up on the web or the web is their primary vehicle for consuming news and information. So it's a modern audience, and we expect this will be too. The editorial team grew up in digital. That's the only thing they've known, and that is consistent with all of our brands too. We have editors that are facile in this medium. So while the topic is different, the approach is the same; the audiences are comparable.

Ad Age: If I'm not mistaken, this will be the first site you have created since introducing the magazine-like "fishtank" ads last summer. Does that mean you'll be trying out new ad products with it?

Mr. Bankoff: Absolutely. The way I would think about advertising on this site and across all the Vox properties is that we really are in the process of reinventing what brand advertising can be on the web. As you know, we believe it can be engaging and beautiful and well integrated [and] fully transparent -- we're not trying to trick anyone like some native ads do. Whether it's a fishtank ad or one of several new types of ad products we'll be rolling out in the next few weeks and months, or whether it's our in-house creative services group that partners with brands to create high quality brand advertising at scale, we think this new entity working-titled Project X will really benefit from having advertising that is as compelling as the content.

Ad Age: Was this type of publication something you were planning to do anyway, or was it spurred by Mr. Klein and the others seeking a new home?

Mr. Bankoff: We definitely had a more general news-and-culture site in mind, one that could cover important news stories across topics, whether it's politics or foreign affairs or economics or culture or anything really. We had that on the drawing board. But as we learned with The Verge, SB Nation, [real estate site] Curbed, [food site] Eater, [shopping site] Racked and [video-game site] Polygon, you need the right team that can really own the vision and collaborate with our product people and advertising people to deliver it. While we were formulating something, our first order of business was to find a leadership team that shared our vision, and we were really fortunate to do that with Ezra, Melissa and Matthew.

Ad Age: How does this fit into your vision of Vox Media as a Time Inc. for the digital age?

Mr. Bankoff: We believe that there's a huge opportunity in this medium. Digital media has been underinvested in. We can create high quality media products at large scale. And we can create high value brand advertising at scale as well, leveraging the same technology-driven approach to storytelling and journalism. We believe this accelerates our trajectory and helps to grow the scale, the audiences and provide a larger platform for our marketing partners.

Ad Age: The site still needs to launch, but now you guys really run the gamut of content categories. What's next?

Mr. Bankoff: We have a lot of work to do across all seven of the verticals. We're already the fastest media company we know of in terms of growth. We have aspirations to grow even more quickly and even bigger. We're heads down in getting the work done.