Viewers Want to Watch Artists 'Walk' From Dressing Room to Backstage
READ THIS NEXT
TikTok tactics: What to know about reaching audiences on the social media platform

We all know music videos work on YouTube. But what about channels about music? Well, those work, too.

In week two of our YouTube Original Channel Tracker, The Warner Sound took the No. 1 spot with 9.13 million views from seven new videos. They weren't alone among music channels in the top 25; Noisey from Vice was No. 15 and Fuse was No. 21.

The Warner Sound was officially launched in May by the Warner Music Group, part of YouTube's original channels initiative. It's an attempt by Warner to build a new media property with Google's money and not to be confused with its existing channel, Warner Music, which plays music videos and is YouTube's second-largest. YouTube's largest channel is Vevo, a joint venture of the other major labels, Sony, UMG and EMI. 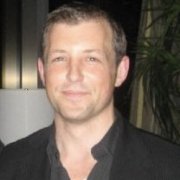 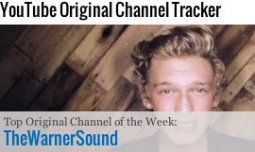 We caught up with Mr. MacAdams to talk with him about The Warner Sound and what he's learned getting a YouTube channel off the ground.

Ad Age: Your background is in television, what drew you to online content and made you come over to The Warner Sound?

Mr. MacAdams: When I took the job there were a couple of things that made it really exciting. Number one was the opportunity to work with the amazing artists that are on all the various labels of the Warner Music Group. And also it's an amazing executive team at Warner Music from Lyor Cohen on down. And then the third thing was the opportunity to be part of this amazing experiment that YouTube is doing. The Original Channels Project that they're putting together is unprecedented, it's really exciting, and everybody in the industry was talking about it. It has been really exciting to be a part of it.

Ad Age: In your experience, what makes a really engaging YouTube video?

Mr. MacAdams: I think first of all it has to really grab you, immediately at the top. In traditional television, you have a bit more time to grab the viewer by the lapel. Where I think in web videos, if people aren't interested immediately they're going to click away. So that's one thing. I think also it still needs to be on the shorter end of things. We're certainly seeing that people are watching longer and longer videos on the web, but I still think that three to five minutes is your sweet spot. And then I think [viewers have] got to get it relatively quickly. You can be subtle, but the best stuff is the stuff you can figure out immediately.

Ad Age: How many videos do you put up a day?

Mr. MacAdams: The goal is to put up a video a day and we almost always do that. We often find ourselves putting up multiple videos at a time because we are producing some great stuff. But I think that it actually is possible to overload. We've found that if you put up too much stuff there is too much video for your subscribers to go through. So you want to find that sweet spot between putting up enough so people are constantly engaging and coming back, but at the same time not putting up too much so that it just becomes this wall of video that nobody can dig through.

Ad Age: What have been the channel's biggest learnings so far?

Mr. MacAdams: It's interesting. Some of the things that happen, happen to you no matter where you produce, whether it's for television, the web or mobile phones. In the end, you don't get to decide what's great, your audience gets to decide what's great. If it was a science, a computer could do it. You can produce something that you think is fantastic and is going to do great and it just bombs. And then you produce something that you think is great, it's cool, but you don't expect too much out of it, and then all of a sudden it just takes off like a rocket. The goal is to try to get as many of those as you can, so you can begin to see a pattern and begin to learn.

And that's exactly what's happening. It's still pretty early, but we're beginning to learn a few lessons about how long something can be and the kind of tone that we go for. I think one of the things that we found is that our tone is "pop-y." We go for a bit more of a happy, pop-y tone than I think some channels might. I think that's our vibe and we've certainly seen our audience respond to that.

Ad Age: It looks like you're getting some traction for "The Walk" and "The Live Room." Are there any series that surprised you?

Mr. MacAdams: The Live Room has been a huge success. I thought it would do well, but I didn't think it would do as well as it has done. Going into it, I thought it would do well because there is so much artist performance music on YouTube. If you search an artist you can find so much live performance video of them, though, so I didn't know how "The Live Room" would do. But the people who film this for us they've made it so beautiful...and intimate...and we're seeing that a lot of artists want to do it now. And we've got some really exciting ones coming down the pipe. I've been really happy with the performance of that series.

Ad Age: Did you learn anything from the YouTube veterans on how to serve and interact with your audience?

Mr. MacAdams: We didn't want to create a vibe when the channel launched that was like, "OK, now here are the professionals to show you guys how to do it." There have been a lot of great people doing a lot of fantastic stuff on YouTube for a long time. One of the constants that you see from folks that have trail blazed this world was that they really care about their audience, and interact with their audience in a way that you couldn't do in traditional television. So we really wanted to make sure that was something that we were doing.

That's really why we have our hosts. We have two fantastic hosts in Los Angeles, Erin Lucas and Krystal Bee, and they really act as curators for the channel. They respond to the audience, they'll have Instagram contests, they'll do giveaways of stuff...They also make sure that we're everywhere our audience is. [The hosts] are on YouTube, Twitter, Facebook, they're constantly putting up photos on Instagram. They try to make sure that The Warner Sound is everywhere it can possibly be.