Watching People Eat Is Big in Korea; Now It's Supposedly Coming to America 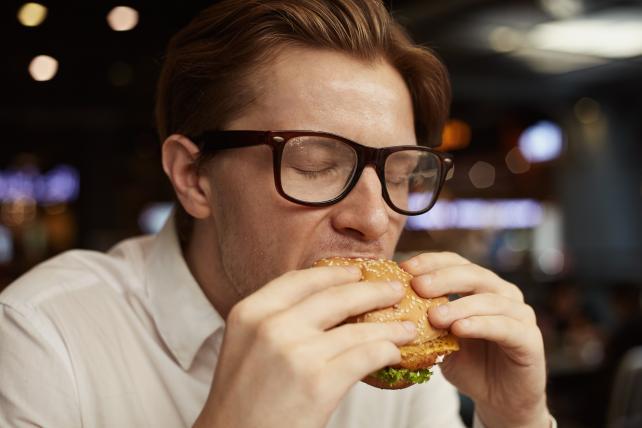 Could 'social eating' be the next big thing?
Credit: iStock

Twitch Interactive, the video-game streaming service Amazon acquired for almost $1 billion two years ago, hinted at what could be the next sensation in internet broadcasting: watching people eat.

Dubbed "social eating," the practice is popular in South Korea and is picking up steam in the U.S., Twitch Chief Executive Officer Emmett Shear said Wednesday at the TechCrunch Disrupt conference in San Francisco. It's a difficult pastime for people in the U.S. to initially grasp, he acknowledged, but he said it's gaining traction, along with rising demand for non-gaming content.

Disbelief about the growth potential for Twitch, a platform for watching people play video games, has taught him not to discount something he doesn't personally understand, Mr. Shear said.

"I'm cautious about writing anything off," Mr. Shear said in an interview on Bloomberg TV. "I think it could be huge."

A Twitch streamer with the user name Hacklyn was eating a bowl of soup Wednesday morning, with about 20 people watching live. She was listening to music and chatting with people about relationships while they watched her dig in.

Investors have been watching to see how Amazon integrates Twitch's highly engaged audience of video game enthusiasts -- numbering 10 million daily users -- with its offerings in online shopping and streaming video and music.

Last month, the Seattle-based retailer broadcast two original TV pilots produced by its own studio on Twitch's service, seeking to get feedback from users. As the company further seeks to combine services from its businesses, could the the next big step be streaming video of a gaming champion eating a box of cookies delivered via Amazon drone?