From XBox to Windows Mobile, Here's How Software Giant Could Use It
READ THIS NEXT
With cookies on the way out, brands search for solutions

Microsoft today confirmed it is acquiring internet-phone and video-conferencing service Skype for $8.5 billion, its largest acquisition to date. The software giant is sitting on an enormous pile of cash from its Office and Windows businesses, but it is an also-ran in the cloud-based web services that define the digital economy today, a world increasingly dominated by Google, Facebook and Apple. 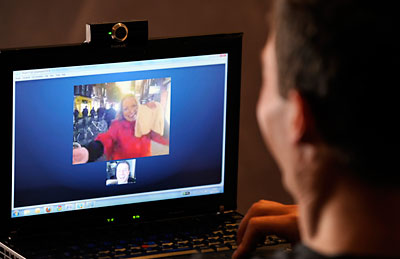 But the addition of Skype should have far-reaching impact on a host of Microsoft's businesses including Xbox, Windows Mobile, Bing, enterprise communications and cloud services. It also keeps Skype out of the hands of Google, Facebook and other potential competitors.

Here are the five ways Skype could change Microsoft:

Takes Skype away from Facebook and Google: How badly did Microsoft CEO Steve Ballmer want to keep Skype out of the hands of rival Google and Facebook? He not only paid $8.5 billion in cash for Skype but also took on its long-term debt of $686 million. While both Google and Facebook had expressed interest in Skype, it made less sense for Google, which already has a voice-over-internet product, called Google Voice. Facebook, however, has already disrupted email with its messaging system and could have significantly upended digital communication altogether if it had acquired Skype. Microsoft has lost ground in cloud-based services, and despite Skype's singular design, it gives the software giant a foothold in this space. As of June of last year, Skype was seeing an average of 124 million monthly users, 8.1 million of whom pay for a upgraded version of the service that allows them to call landlines or mobile phones from their computer.

Windows Phone: Skype could bolster Windows Phone, which seriously lags behind Google's Android and Apple's iPhone. Even after a big-budget launch last year, Windows Phone hasn't been able to pick off U.S. smartphone market share from Apple or Google, according to Comscore estimates. However, integrating Skype into Windows Phone beyond what's already possible in Skype's mobile apps could help lure video chat loyalists to Windows Phone. One major drawback, however, is that Skype is already available on iPhone and Android phones through apps for voice calls, video and instant messaging. It's unclear if those apps on competitive platforms will continue to exist after the deal closes. Regardless, bringing Skype front-and-center on Windows Phone as Apple has with FaceTime -- one-touch video calls between iPhones and iPads with front-facing cameras -- could be a draw for the millions of Skype fans already familiar with the service.

Enterprise: Microsoft could easily take advantage of Skype's pro-class software by incorporating it into Microsoft Office to allow for video conferencing. It also helps that Skype CEO Tony Bates came from Cisco, which has a video conferencing business.

X-Box: Like other console makers, Microsoft has been trying to lure in more families into its customer base with sports- and music-oriented games and with its new add-on device Kinect, a motion controller that reads people's body movements. Skype, which is popular with families -- and especially grandparents and their grandchildren -- could turn X-box into a family video phone. For the moment, X-box is still a sought-after device among the hardcore gamer set.

Click-to-call on Bing: One of Skype's lesser-known revenue lines is its click-to-call ads that appear within search results. In partnership with call advertising firm Marchex, the company converted clickable Skype phone numbers of businesses into ads. The businesses pay based on the number of calls they receive through Skype, and can set a monthly budget based on the number of calls they would like to pay for. While search-leader Google has driven much of these click-to-call ads, Microsoft could offer merchants a better deal for ads appearing within Bing search results, or could offer consumers more robust features within Bing results such as a click-to-call window appearing next to each entry.