Why DraftKings brought its marketing in-house 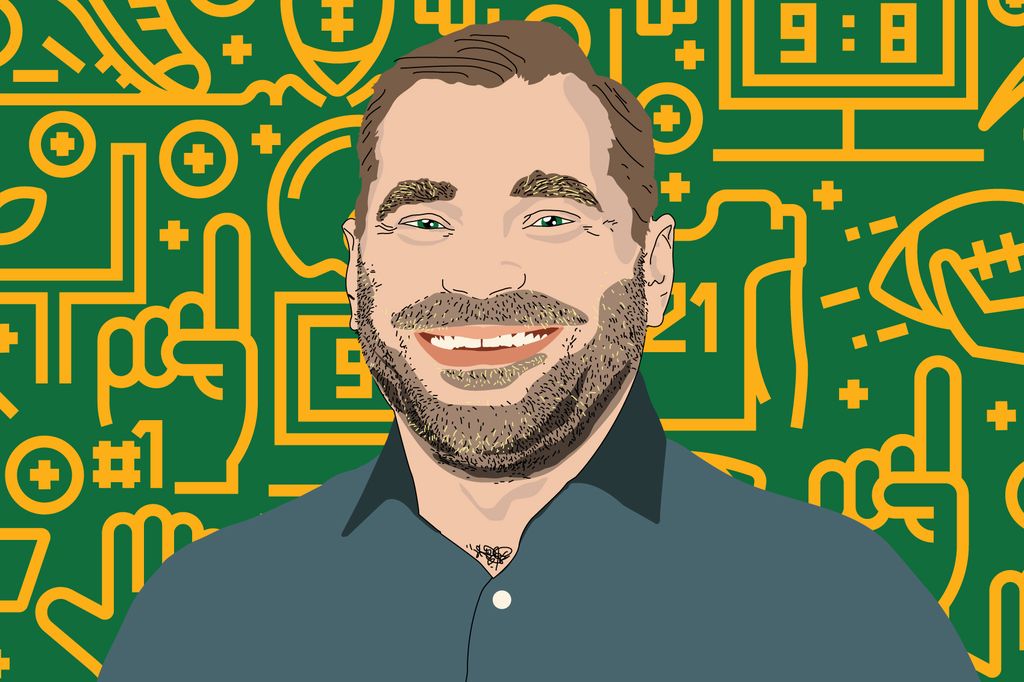 DraftKings is best known as the place to play daily fantasy sports—and as the company that runs ads everywhere. Lesser known is that DraftKings was launched by three performance marketers who worked together at Vistaprint—yes, the business card place—prior to launching the company in 2012.

Matt Kalish, president and co-founder, cut his teeth as a Vistaprint CRM marketing manager. “Vistaprint is really a performance marketing company,” says Kalish. “It is extremely data-driven. I was running marketing channels and using performance to get results for the company.”

Kalish, 39, says marketing is core to DraftKings' operations. Through the first six months of this year, the company spent $104 million on advertising and generated revenue of $188 million. That means for every revenue dollar made, the company spent more than half, 55 cents, on marketing.

Despite growth in second-quarter revenue—which rose to $71 million from $57 million—$1.2 billion in cash and no debt on its balance sheet, the company posted a second-quarter loss of $161 million, blamed in part on a limited sports calendar. Analysts agree with the company's prediction of healthier financial figures as sporting events slowly resume.

DraftKings believes in its own abilities to market. Last year, it parted ways with agency Deutsch New York and took all of its marketing in-house. The move was spearheaded by the company’s chief marketing officer, Tom Goedde, who recently left the company. DraftKings declined to say why, adding that it isn't actively looking to fill the vacancy.

Ad Age caught up with Kalish and asked about the company’s marketing strategy, the upcoming football season, esports and what advertising channels it finds most effective. This interview has been edited for brevity and clarity.

What did you bring with you from Vistaprint to DraftKings?

Why is football such a big deal for DraftKings?

It has the largest audience of any American sport and it's the largest activation time of year for DraftKings. It’s our biggest audience—whether it’s new or existing users—and it’s where we have our heaviest marketing activity. We want to get customers as active as possible.

DraftKings made more than $2 billion in payouts to users last year, and a large chunk of that came from football. What are you doing to promote the sport this year?

This year we are trying something called the 100 Million Ticket Giveaway. It’s the biggest eyeballs play we’ve ever done. It’s very casual: You come on the site, click a button and instantly get a prize between $5 and $25,000. It’s an example of us not being complacent.

What is the goal—to attract new users?

Yes. It is a very low-touch way to have your first engagement with DraftKings.

It’s about a year since you brought your marketing in-house. How has that played out?

We found a lot of value bringing our creative department in house. We are trying to connect with a certain customer—we call them “skin in the game" fans.

'Skin in the game' fans?

These are people who don’t want to just sit on the couch and watch the game. They want to get involved. They like predicting and competing. So to learn that customer inside and out you need expertise and 24/7 thinking on who this person is, what’s working and what’s not. Our in-house team has dozens of people who are specialized in “skin in the game fans.”

How would you describe your growth in esports?

The way I would summarize it is there was an audience that never gave esports a chance, but because of COVID they took the opportunity to try something new and they embraced it. It also addressed our core audience of "skin in the game" fans — there was no baseball, basketball but there was esports. They still wanted to compete and flex that same muscle in their brain.

How much did esports grow?

When we went public in April after COVID struck we started testing esports. It was content we didn’t have much experience with. Our company’s mentality is to test content, see if it is attracting an audience and then scale it up.

The amount of active players for the esports game “League of Legends” grew 2,000 percent year-over-year in March. And we saw a 5,000 percent increase in the amount of entries — that told us players were coming back day-after-day and were increasing their frequency of playing.

One of your rivals, Penn National, acquired Barstool Sports. What are your content plans?

Content is critical in reaching "skin in the game" audiences. The media companies that are targeting that audience, we are working with almost all of them. We are also scaling our own content—like DraftKings Nation—which is growing rapidly. Over time, we will build up our content and have a larger presence to reach our audience through our own content.

We’ve built up quite a database over eight years of performance on any channel you can think of — paid social, TV, podcast, et cetera. We’ve spent a lot of money on marketing and we’ve built a lot of insight on what promotions work and when they work.

But the short answer is it’s a complex media mix that includes every channel you can think of and the way we mix that together is proprietary and it’s based on what we’ve learned over the last eight years.

Do you think there will be regulation on the horizon with how you’re marketing?

We operate in a regulated industry and every state has its own regulation. Every platform and media company has their own guidelines and rules on what they’re willing to do on the marketing side.

Last question: Who do you have winning the Super Bowl this year?