Snapchat Has Nearly All the 18-to-25-Year-Olds It Will Get, but Older Users Still Joining | Ad Age
Skip to main content
Sign In Register

Snapchat Has Nearly All the 18-to-25-Year-Olds It Will Get, but Older Users Still Joining 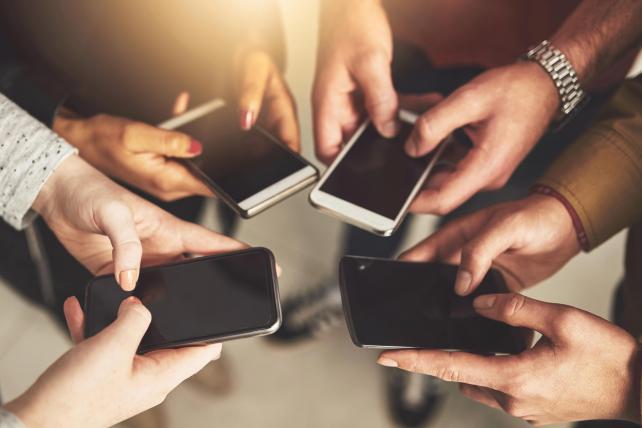 The mobile web has much bigger audiences than apps but nowhere near the time commitment, ComScore said in its new annual Mobile App Report.
Credit: iStock

Consumers spend nearly half their time in mobile apps when using digital devices, up 16% from a year earlier, according to ComScore's annual Mobile App Report.

When people are just using their smartphone -- and no other connected device -- 87% of their is time spent in mobile apps. And every age group is using apps more over time, with 55-to-64 year-olds showing the greatest year-over-year increase, ComScore said in the report.

But the minutes and hours logged in the open mobile web are relatively small, with only 13% of consumers' time spent in a mobile browser.

Tech titans continue to command the majority of consumers' app time. Of the top 10 apps measured by unique visitors, only two, Pandora and Amazon, are not from Google or Facebook. Of the top 25 most-used apps, none have seen as much growth as Snapchat, up 55% to claim 13th place ahead of No. 14 Pinterest, ComScore said.

Snapchat's core audience of 18-to-24 year-olds is nearing full saturation but 25-to-34 year-old millennials will provide further growth, ComScore said, adding that there's "still a huge opportunity" ahead among consumers 35 and older.

"Most users only make room for a few apps in each category on their phones, making it difficult for less established brands to break through," the report said.

For social networking, Facebook is the leader. Multimedia? Google's YouTube. Newspapers are led by the New York Times and retail is dominated by Amazon.

More users are placing their apps into folders and denying new app installs from sending them push notifications, ComScore said in its report. At the same time, more people are placing the apps they frequent most on the home screen, within easy reach when holding their smartphone with one hand.

About 60% of those aged 18-to-54 are "one-handed smartphone users who consider thumb reach when positioning apps on their phone," according to ComScore. And 38% of users now claim they never or seldom agree to accept push notifications, up 7% from last year.

That's problematic for marketers that want to keep users engaged with their app, as 70% of mobile web users place apps they use most on their home screen, up 7% from the previous year, ComScore said.