Collaborates With Clients Time Warner, Paramount and Universal Music Group on Do-Not-Buy List
READ THIS NEXT
TikTok gives advertisers an emergency ripcord in case Trump gets his ban

The biggest single spender of advertising dollars in the world is building a list of websites that won't get a dollar. Group M, WPP's global ad-buying unit, is adding a new policy that no money can flow to a list of banned sites that contain pirated movies, TV or music. 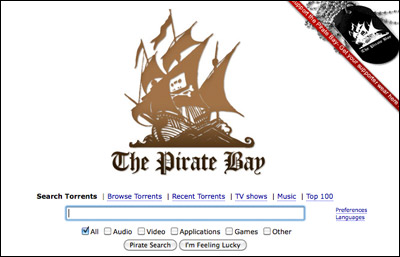 There's nothing new about "do-not-buy" lists for online advertising. Agencies employ sophisticated technologies to keep ads away from sites with pornography, hate speech or other inappropriate content; individual advertisers use their own "blacklists" to screen out individual sites or entire categories of sites.

Agencies themselves haven't traditionally been too concerned about piracy. But that 's about to change.

"Great content fuels the web, and if that is being illicitly distributed, we feel it's a problem for the long term," said Group M Interaction Chief Operating Officer John Montgomery.

As part of the new policy, Group M is banning 2,221 sites where pirated content has been spotted recently, such as watch-tv-shows-online.net, torrentbaby.com and downloadmegasite.com.

How will Group M determine who's on the no-buy list? It is using a host of technology vendors to seek them out, but it is also cross-checking its list with lists compiled by some of its major advertisers that happen to be media companies, such as Time Warner , Paramount, Universal Music and Summit Entertainment, producer of the "Twilight" series.

"We have a number of clients in the content-producing area," Mr. Montgomery said. "We felt it was time to address it and we have the technology in place to do it now."

Group M handles an estimated $76 billion in ad spending from blue-chip marketers like AT&T and Unilever through subsidiary agencies MediaCom, MEC, Mindshare and Maxus, including $6 billion in digital spending. The new terms are being added to all of Group M's standard ad agreements, meaning they apply to all buys whether directly through a publisher or through middlemen such as networks and exchanges.

Few of the sites on Group M's list would be getting ad dollars anyway. One infamous file-sharing site on the list, piratebay.org, doesn't appear to carry any advertising. But as more ad dollars flow through networks, exchanges and trading desks, the agency may not know which sites become part of the buy.

Group M's policy will apply to WPP's tools and exchanges such as 24/7 Real Media, and any other network, exchange or demand-side platform it does business with.

As pirate sites are constantly changing, Mr. Montgomery said Group M will update the list frequently, as well as consult with media companies to cross-check their list.

Michael Hayes, president of digital for Initiative , a unit of WPP rival Interpublic Group of Cos., said a no-piracy provision is "unique and new" but logistically difficult to implement. "Checking for pirated content can be resource-intensive; it remains to be seen how feasible it will be."