The most glaring question regarding Yahoo's Tumblr acquisition is how it will generate more advertising revenue from a platform that, to date, has taken a minimalist approach to incorporating advertising. 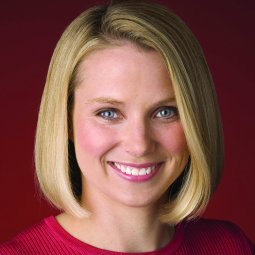 Yahoo CEO Marissa Mayer is going to change that, however. Ms. Mayer said Monday morning that Yahoo would introduce more "native advertising" formats to Tumblr. She also said that advertising will eventually appear on an individual's original Tumblr "with the blogger's permission."

"I would expect any ad units to be very native and to follow the form and function of Tumblr," Ms. Mayer said.

Yahoo is also considering selling premium ads on Tumblr and to sell ad inventory through exchanges. How premium ads will appear or what exchanges may be used, Ms. Mayer did not say.

Despite the nod to following Tumblr's "form and function," Ms. Mayer's statements seem at least partly at odds with the company's wary approach to ads so far.

Tumblr has moved cautiously, selling some programs to help promote brands' own Tumblr blogs, for example. It also introduced mobile ads earlier this year. But Tumblr founder and CEO David Karp has been a staunch critic of traditional digital advertising and has so far refrained from doing much of what Ms. Mayer seems to be proposing. Mr. Karp's ethos has appeared to have permeated the Tumblr community, which is equally averse to intrusive advertising.

Ms. Mayer addressed these issues on the investor call.

"David talks wistfully about the ads that made him want to see a movie or want to buy a car as a child," she said. "He wants [digital] ads to really create that aspirational feeling. We really want that on the online atmosphere."