On one hand, YouTube CEO Salar Kamangar believes that his company's $100 million-plus investment in original programming is a single, grand experiment.

"It's very difficult for us to predict what is going to be successful," he said in an onstage interview at yesterday's All Things D's media conference. As a result, the company is placing "bets far and wide" when it comes to its new "channels" push.

Still, Mr. Kamangar seemed to indicate that the investment in new YouTube channels was as much about branding -- or rebranding -- to meet advertisers' needs as it was about creating content that consumers really and truly want to consume. Obviously, the latter needs to happen to a certain extent for advertisers to want to interact with content. 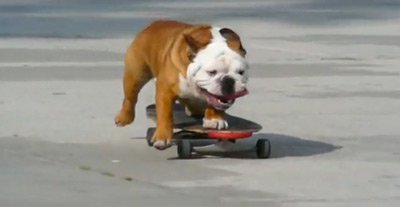 Mr. Kamangar gave the example of online videos that show dogs riding skateboards -- the types of videos that YouTube detractors love to say are dominant on the site. He said the platform could normally command about a $2 CPM for such a video. But if that same video were to be packaged within the confines of one of the new original-content channels on YouTube, adjacent to so-called premium video content, prices would rise.

"That same video can command a $20 CPM," he said. "How you brand and package matters."

Mr. Kamangar also left open the possibility for YouTube to create a subscription service to help the company diversify its current dependence on advertising. If or when YouTube creates a subscription model, do not be surprised to see the company look to second- or third-tier cable networks to start offering their programming on YouTube on an a-la-carte basis.

"If we have a subscription model," Mr. Kamangar said, "then absolutely that 's something that becomes possible."

In another onstage interview later in the day, Vevo CEO Rio Caraeff said that his online music-video company was also exploring the possibility of introducing a subscription model. Later in the evening, he said that he expects the company to unveil a subscription offering that complements its current advertising revenue stream within a year, though the company still hasn't decided on what exactly the offering will contain. He said the 2-year-old company, which is a joint venture between Sony Music Entertainment, Universal Music Group and Abu Dhabi Media, brought in $150 million in revenue in the past year. But is it profitable? an interviewer asked Mr. Caraeff.