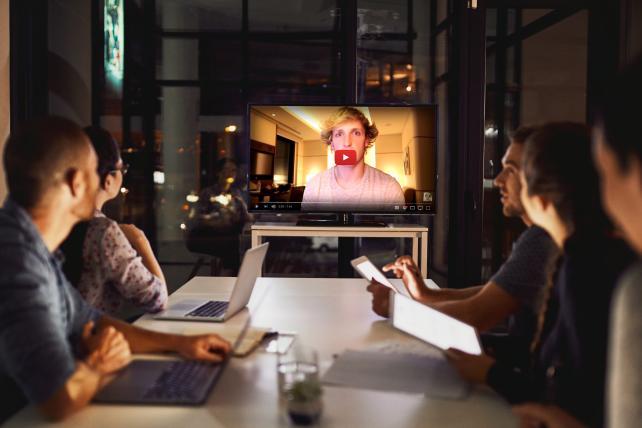 YouTube is actively speaking to some of the largest agencies at the Consumer Electronics Show in Las Vegas in an effort to make good on a promise the company's CEO made last December regarding brand safety.

Specific details about how the company will likely leverage tech and people to combat the problem have also surfaced.

The onslaught of brand safety issues plaguing the platform, highlighted most recently with popular YouTube vlogger Logan Paul, who laughed at a dead body in Japan's Suicide Forest, has prompted the company to rethink how it handles its most premium offering, Google Preferred.

Preferred offers marketers the most popular YouTube channels among the highly sought-after 18-to-34-year-old demographic. It's been relatively immune to brand safety issues until the Paul incident.

Three different high-level executives who've held direct conversations with Google say the platform has about 9,000 channels on Google Preferred. It plans to apply technology from third-party partners like OpenSlate and Zefr to combat brand safety issues, they said.

As a result of Google's increased scrutiny, however, the number of Prefered channels is expected to go down. That's a striking result given that Prefered content is already limited when compared to everything else offered on the platform.

"This year has been major wake-up call that popularity amongst the viewing population should not be a proxy for safety," says one insider with direct knowledge of the conversation who could not speak publicly on the matter. "It's a sad reflection of society what's been shown to capture our attention."

Some of the tech in play includes transcribing what is said in Preferred videos, word-for-word. YouTube will also be more transparent with advertisers about where ads are being shown, and will share so-called "delivery data" with its tech partners more quickly so they can put it in context for marketers.

The technology would also monitor comments, which has become an issue for a growing number of marketers who advertise on the platform. Meanwhile, YouTube has also floated the idea of using people to pre-screen the videos before they go live, several insiders said.

Some of these third-party tech companies may also be expanding -- not to provide more tech solutions, but to provide YouTube with real humans to watch videos, according to another, different high-level executive with direct knowledge of the situation.

Other likely changes include stricter partner program qualifications and thresholds, tying monetization to a creator's own policing of comments and proactively sharing insights with the industry in identifying sensitive content categories.

Why the changes are happening

At the end of the day, it's the agencies' responsibility to tell brands where their ads are being shown. But when a campaign runs on 200,000 different channels, making sense of what those channels are about is beyond difficult.

"It's a numbers game for them," says one insider with direct knowledge of the situation, but asked to remain anonymous as they were not allowed to publicly speak on the matter. "They don't want stuff to happen, but they can't employ so many humans who will reliably watch every video."

"Google isn't evil, this is just a big, big logistical problem for them," the person says. "And it will be solved by tech."

By providing insights to where ads are running and what channels to its tech partners, YouTube is telling marketers that there are certain things it can account for and do a better job at, but at the same time, marketers have to make decisions on where exactly they want its ads to run.

Previously, marketers could "protect" themselves from brand safety issues by checking some 75 boxes before their campaigns go live; if a brand didn't want their ads shown by someone who use profanity, for example, they could check a box to indicate just that.

YouTube says it automatically excludes ads from showing against videos that its automated classifiers have labeled as related to tragedy, conflict and sensitive social issues. It also puts a "flag" under every video on YouTube for viewers to highlight should something questionable arise.

Google declined to comment specifically on the measures being discussed. In a statement, it pointed to a December blog post where YouTube CEO Susan Wojcicki outlined several measures—like blending AI and people to monitor content—that the company would take to address brand safety concerns.

"We are discussing and seeking feedback from our brand partners on ways to offer them even more assurances for what they buy in the Upfronts," it said in the statement Thursday.

Major marketers including Johnson & Johnson and Verizon paused spending on YouTube last March after reporters found their ads running on violent and extremist content there.

YouTube parent Alphabet Inc. remained relatively unscathed, however, aided by its dominance in search advertising and strength in the overall digital ad business. Verizon, for one, has also resumed its YouTube spending.