As YouTube Tinkers With Ad Formula, Its Stars See Their Videos Lose Money 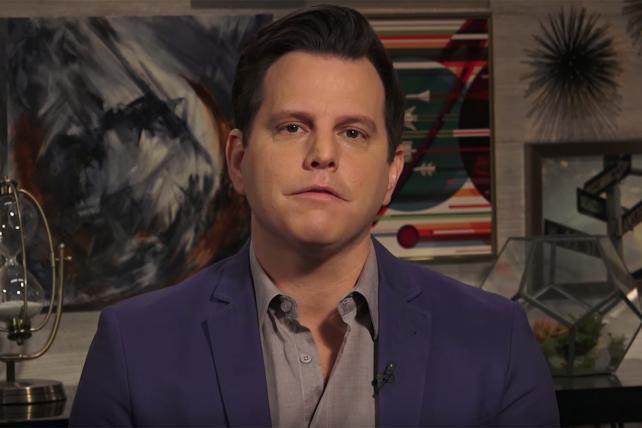 'Rubin Report' host Dave Rubin reported a 'massive hit on monetization' for his YouTube videos in the last week.
Credit: The Rubin Report via YouTube

The video site is not messing around with its ad-block button as it scrubs itself clean for marketers after hundreds of brands froze spending there because ads were appearing alongside objectionable, and even terrorist-backed, videos.

It has sent a note to advertisers telling them about new filters they can apply to campaigns that will help them avoid more types of objectionable content. There used to be two filter categories known as "sensitive subject exclusions" for "sensitive social issues" and "tragedy and conflicts," which advertisers could proactively avoid.

Now, there are five exclusions, including "sexually suggestive," "sensational and shocking," and "profanity and rough language," according to an agency executive who received the update from Google.

"Advertisers can be more conservative by implementing sensitive subject exclusions," Google said in its note, which was sent out within the past week.

The new filter categories are some of the first tangible steps coming out of YouTube to address content concerns and give advertisers more control over where their ads appear. They also mean creators will face more scrutiny over their subject matter.

The YouTube purge has been affecting channels from the The Rubin Report, which offers political commentary, to H3H3Productions, a comedy channel.

"Curious if any other YouTubers saw a massive hit on monetization in last week," Dave Rubin wrote on Twitter. Mr. Rubin interviews provocative political thinkers for his "Rubin Report" videos.

Conservative talk show host Steven Crowder lamented that his channel was being censored by being categorized into the age-restricted version of YouTube while liberal media was displaying as normal for all ages.

Meanwhile, some channels that don't even dabble in politics saw videos taken out of circulation for advertising, like Ethan Klein's H3H3Productions, which makes comedy videos.

"There's a difference between the free expression that lives on YouTube and the content that brands have told us they want to advertise against," the company said in a blog post on March 20.

YouTube declined to comment for this story but pointed to online forums where it told creators to be patient while it works out its new policies and protocols for advertising.

"If you're seeing fluctuations in your revenue over the next few weeks, it may be because we're fine tuning our ads systems," YouTube said in a web forum on Wednesday. The company has also given creators new tools to appeal videos that get flagged.

YouTube is trying to thread a tight needle by working with advertisers that demand wholesome content while maintaining a vibrant creator community.

The talent that is being impacted can touch on sensitive and even offensive topics, but they aren't the terrorist videos that kicked off the latest outrage.

"YouTube is being squeezed by its two most important assets," said Brendan Gahan, exec VP at Epic Signal, a social media agency. "Brands fund the platform and the creators create for it."

YouTube is losing millions of dollars daily, according to most estimates. One analyst put potential losses at $750 million this year.

But the freeze will likely only last a few weeks because brands still need to reach audiences and YouTube remains the dominant player in digital video, according to Zvika Netter, CEO of Innovid, a digital video ad and data platform.

"We saw a significant drop in the last two weeks in overall spending in online video," Mr. Netter said. Innovid can measure where its 300 top brands spend money, but wouldn't discuss specific brands or video publishers.

YouTube has more than 3 million channels, so cleaning up all of them would seem to be an impossible task. Agencies and brands, however, are working to understand the supply better and to direct money only to the ones that provide a modicum of safety for their media.

For years, YouTube has hosted all kinds of videos, plenty of which could have been considered objectionable. Even its biggest star, PewDiePie, was dropped by Disney's Maker Studio because of joking about anti-Semitism -- on videos often ran with pre-roll ads before anybody noticed.

Before the recent advertiser exodus, ads were showing up on any channel, mostly targeted to the viewer and not tied to the actual content.

"If a top-tier creator is considered 'brand safe' and anti-Semitic videos take four months to be noticed, that's a problem," said an ad agency executive, speaking on condition of anonymity. "Most people think that if an ad is aligned with a piece of content that it's done purposefully."