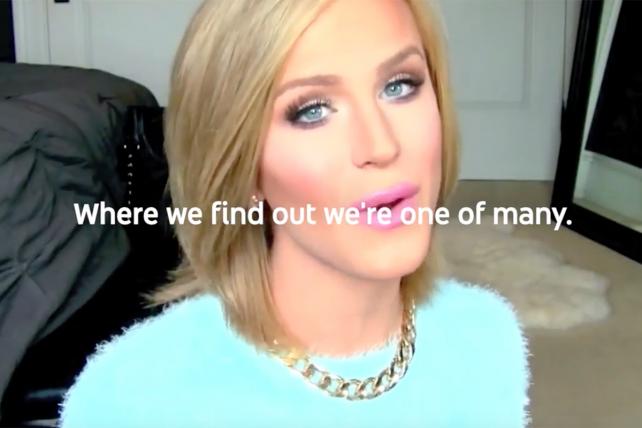 YouTube's video ads will run on its own site and across the web.
Credit:
Google

The video ads started running on YouTube, Twitter, LinkedIn and more this week. Promoting the video service to the advertising community, the series of ads features a lineup of YouTube video creators and is meant to shine a light on the audiences advertisers can expect to find, including young parents, gamers, sports fans and Gen Xers.

"[The] idea being advertisers know that millennials and teens, for example, are highly engaged on YouTube," the company explained in an e-mail statement, "but they might not be aware of what other audiences are doing."

One of the ads features a clip of "Popeye" the cartoon playing on YouTube, and then a stat, which flashes onscreen: "75% of Gen Xers have watched YouTube for nostalgia." Each ad has its own complementary stat, culled from a study YouTube conducted with Ipsos. (Another example: 80% of millennials' parents turn to the site for tips.)

YouTube personalities in the videos include Gigi Gorgeous, Jackie Aina, Lucas B. and Tom Fletcher, as well as channels like Dude Perfect and Princess Hairstyles.

The campaign is set to run for six weeks, which means it runs during New York's Advertising Week this month. In addition to the digital strategy, two out of the six weeks will showcase billboards and posters (timed to Advertising Week, and put up near its venues as well as near agencies' offices), YouTube said.

The campaign comes at an important moment for YouTube. Earlier this year, a number of brands halted their spends due to what they say is objectionable content. Brands were worried their ads would be run next to controversial videos, such as those featuring terrorist-inspired themes.

Most advertisers, such as Johnson & Johnson and Verizon, have come back to YouTube thanks to new efforts to control where ads run. Other brands, including Chase, are waiting to restart spending until even more safeguards and assurances are in place.

The YouTube campaign features 6-second videos ads and longer versions for running across the web. YouTube, Facebook and other media companies have only recently started pushing the 6-second video ad. The ad world, however, needs to be convinced stories can be told in such a tight window, which is why YouTube has been working with the industry to help them understand how to use the shortened format effectively.

The campaign could be seen as a way for YouTube to help pave the way for more creatives to accept the format, and prove the merit on its own platform. Here's a look: